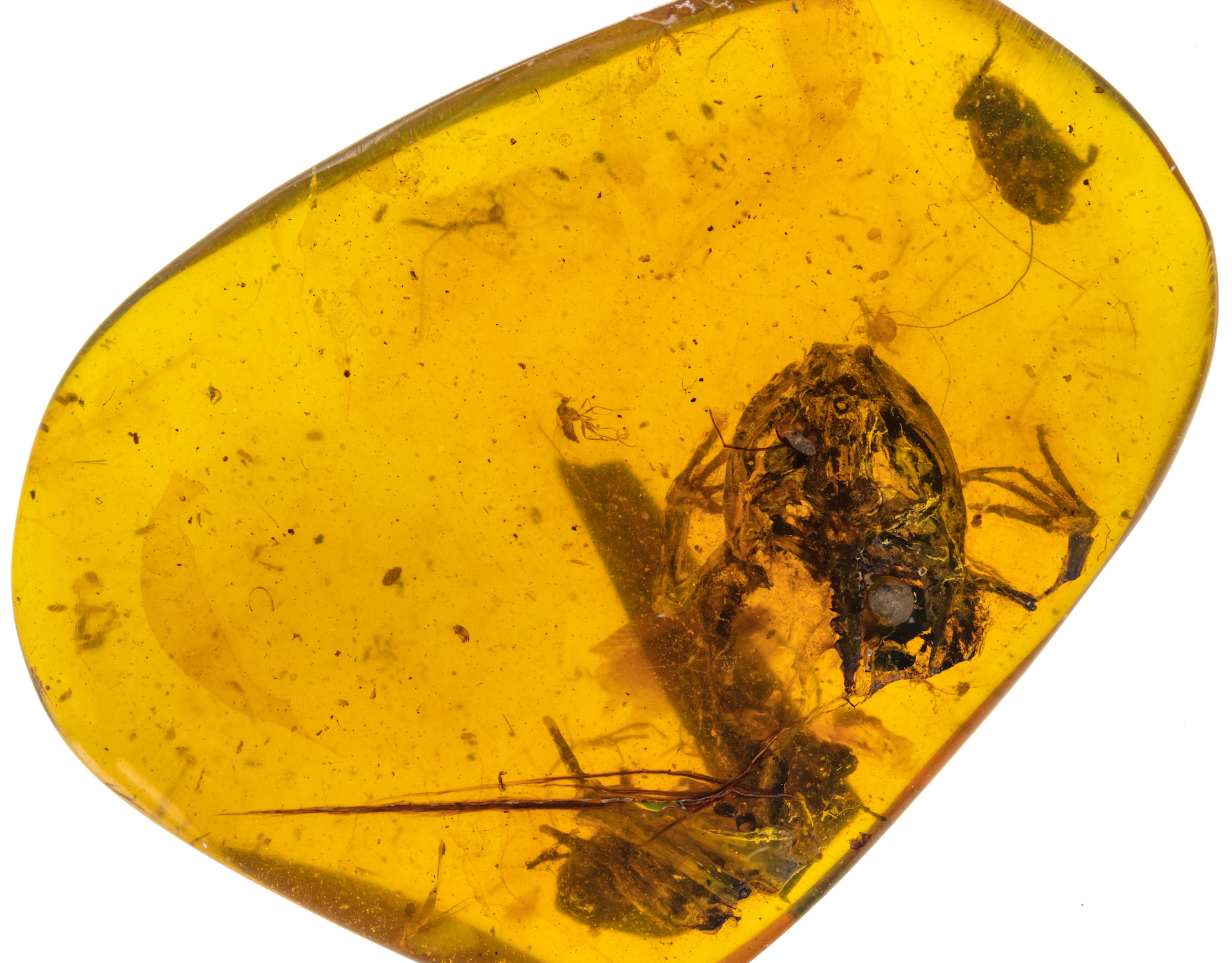 Frogs have existed on Earth for about 200 million years – much longer than our species has been around. But despite their longevity, getting to know how different species of this amphibian have evolved and what their origins may be is rather difficult. Because frogs are generally small and lightly built, they don’t tend to preserve well after their demise. Luckily, one individual juvenile frog that lived 99 million years ago had the misfortune of being trapped in a blob of sap with a beetle – likely it’s intended dinner – and was preserved perfectly for our scientists almost 100 million years later.

The now extinct species (Electrorana limoae) that was preserved in amber – the fossilized version of sap – is one of four fossils that provide the earliest evidence of frogs living in wet, tropical forests. These are the oldest known examples of frogs preserved in amber. The study was published in Nature’s Scientific Reports.

“It’s almost unheard of to get a fossil frog from this time period that is small, has preservation of small bones and is mostly three-dimensional. This is pretty special,” says David Blackburn, the associate curator of herpetology at the Florida Museum of Natural History and co-author of the study. “But what’s most exciting about this animal is its context. These frogs were part of a tropical ecosystem that, in some ways, might not have been that different to what we find today – minus the dinosaurs.”

Amber deposits have been a godsend for scientists the world over, preserving species that would have withered away over millennia without its protection. The amber deposits in northern Myanmar especially provide a unique record of ancient forest ecosystems. This discovery of the Electrorana species, the first frogs to be found in these deposits, add to our knowledge of frog species in the Cretaceous period. In particular, they contribute to our understanding that frogs inhabited wet, tropical forests for at least 99 million years.

“Ask any kid what lives in a rainforest, and frogs are on the list,” says Blackburn. “But surprisingly, we have almost nothing from the fossil record to say that’s a longstanding association.” The frog fossil record heavily favors larger species that lived in arid, seasonal environments – even though most frogs today live in tropical forests.

Despite this discovery, Electrorana actually raises more questions than answers, according to Blackburn. Many of the characteristics herpetologists use to determine the details of a frog’s life history – such as the inner ear, top of the backbone, hip bones, and more – are either missing or were not fully developed in the young frog. However, the bones that are visible do provide clues about the species’ possible living relatives. Interestingly, the species that have similar features include fire-bellied toads and midwife toads, which are Eurasian species that live in temperate, not tropical, environments.

More of these discoveries will need to be made in order to paint a clearer picture of the frog’s evolutionary history in tropical rainforest environments. But in the meantime, we can thank sap for helping preserve this tiny species for almost 100 million years.