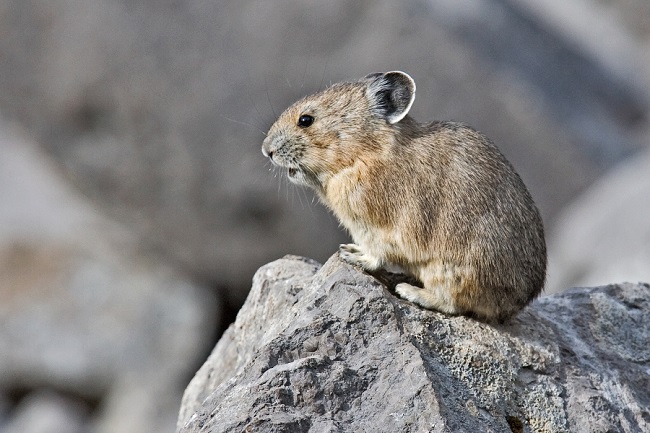 American pikas are smaller relatives of rabbits and hares that live in the mountains of western North America. There have been concerns that global warming will pose a threat to the survival of pikas, but the findings of a new study suggest otherwise.

Previous investigations found that, when the weather conditions became warmer and drier, pikas no longer occupied their usual sites in the Great Basin. It was assumed that pikas had sought refuge in higher grounds or had died. However, these studies were conducted in regions where pikas had lived historically, and other potential habitats were not explored.

The current study tracked the distribution of pikas across the entire Great Basin. Pikas were documented in territories and climate conditions they had never been observed in before.

Pikas were found in wetter in colder conditions as well as warmer and drier conditions. They were discovered at sites ranging from 5,350 feet to over 13,000 feet in the mountain ranges of California, Oregon, Utah, and Nevada.

“This evidence provides an important new perspective on the status of pikas in the Great Basin,” said Millar.”Pikas are persisting broadly across the region, and these findings give us reason to believe that the species is able to tolerate a wider set of habitat and climate conditions than previously understood.”

The researchers analyzed over 2,000 records of pika sites, and could not identify a consistent pattern in elevation or climate across these sites.

“Climate conditions do not adequately explain locations of the extirpated and ‘old-sign’ sites, suggesting that other factors interact with climate and contribute to the loss of pika populations in some environments,” said Millar.

Identifying other factors that may cause declines in pika populations will be important in predicting how they will respond to future climate conditions.

The study is published in the journal Arctic, Antarctic, and Alpine Research.