Turning back time: The recovery of the American crocodile • Earth.com 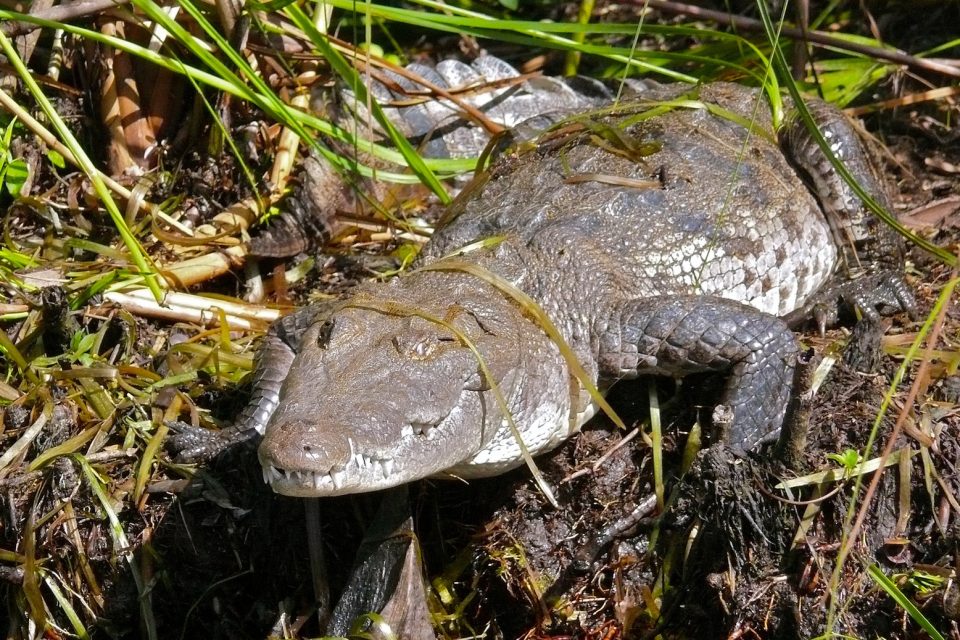 Turning back time: The recovery of the American crocodile

For a while there, it looked like time was running out for the American crocodile (Crocodylus acutus) population in the United States. The hands of the extinction clock for the species were, of course, accelerated by human carelessness—a bitter inversion of the visceral ticking that marked the hours until Captain Hook’s ingestion in Peter Pan.

Only discovered at the relatively late date of 1807, and not found in the United States until 1869, habitat destruction and overhunting had ravaged the already-rare reptiles by the 1970s. The historically estimated population of perhaps 2,000 individuals in southwest Florida had fallen to under 400.

Surveys during that period found a mere 20 nests, restricted to Florida Bay and Key Largo. Beginning in 1975, when the species was federally listed as endangered, an aggressive rehabilitation plan was enacted, creating protections and new habitat for this somewhat particular animal. By 2007, the prehistoric creatures were downlisted to threatened. The population has now rebounded to levels roughly equivalent to its former abundance.

Encounters with the species have been increasing in Florida. A crocodile was recently spotted sunning itself alongside its cousin, the American alligator (Alligator mississipiensis), at a Sanibel Island golf club. And another was seen cavorting with a manatee in Key Largo. Though the Florida Fish and Wildlife Conservation Commission had previously stated that crocodiles moving into human settlements would be left to their own devices, increasing concerns about human conflict and the disappearance of pets have led them to reverse course. 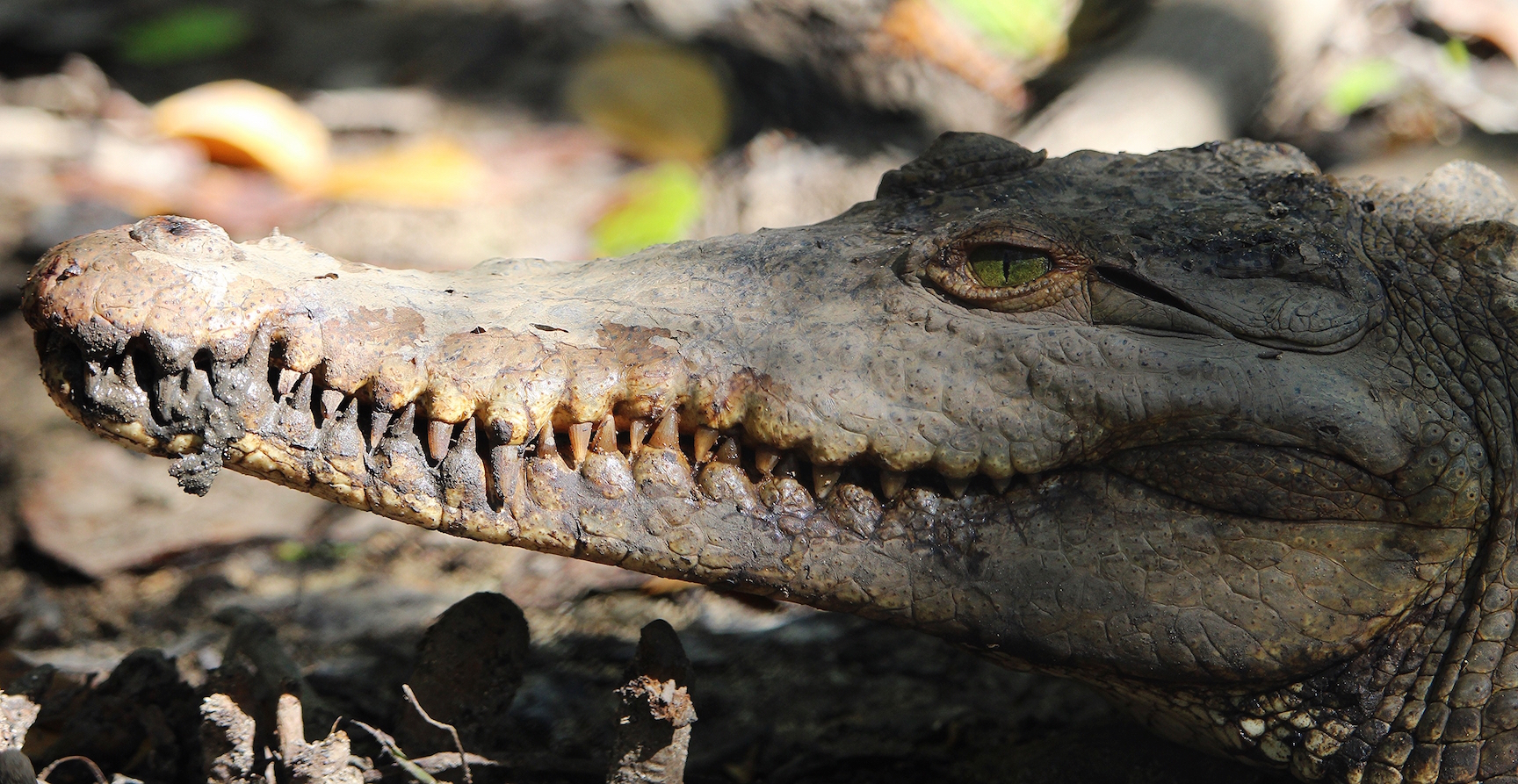 Crocodiles in inconvenient residential locations are now harassed with lights and noise to discourage their presence. Though there is only one recorded attack in the United States, in 2014 when a couple were both bitten while swimming in a canal, the species has eaten humans elsewhere in its range. The species is native to 18 countries ranging from the U.S. (where Florida is its only redoubt) down through Central America and the Caribbean into northern South America. Our species’ ecological piracy has more than evened the score for the Captain Hooks of the world, but at up to 20 feet these crocs are a force to be reckoned with.

Attacks occurred in Mexico in 1992 and 1996, though one was attributed to a captive crocodile that had recently been released and was thus dangerously accustomed to humans. And a number of fatalities have occurred in Costa Rica, where the famous “crocodile bridge” spanning the Tarcoles River is a major tourist attraction. Generally, though, the species is quite shy and its insubstantial American population has kept the possibility of run ins to a minimum in the States. Alligators, also in the family Crocodilydae, are in fact quite a bit more aggressive—and more abundant. Following restoration efforts, some 5 million now inhabit the American South. Southern Florida is the only place where the range of the two species overlaps.

The two crocodilians are easily distinguishable by their differing colors. The alligator is a much darker greenish black, while the crocodile is lighter and grayish green. The crocodile also has a much narrower snout and two of its teeth are visible when its mouth is closed. Little is known about the interactions between these related animals, though at least per anecdotal observations, they appear to coexist peaceably when they encounter each other. Their overlap is rather narrow in any case. Alligators prefer freshwater habitats, whereas American crocodiles are largely coastal and prefer the interface between saline and fresh water. They are particularly at home in mangrove swamps and estuaries.

Both probably eat the young of the other species when they find them. The crocodilians are generalist predators and, especially in adulthood, will eat anything that they can fit down their gullets or gnaw into pieces. The American crocodile appears to subsist largely on fish and crustaceans such as crabs, but will also take insects, birds, other reptiles such as lizards, turtles, and snakes, and even mammals. Largely nocturnal hunters, they will often be found sunning themselves during the day in order to raise their body temperatures, which helps them to digest their food more quickly.

While finding food is no issue for these undiscriminating eaters, locating suitable nesting habitat in Florida has been a hurdle to their recovery. Once found as far north as Tampa Bay on the west coast and Lake Worth on the east coast and as far south as Key West, the species is now restricted to the southern tip of the state. 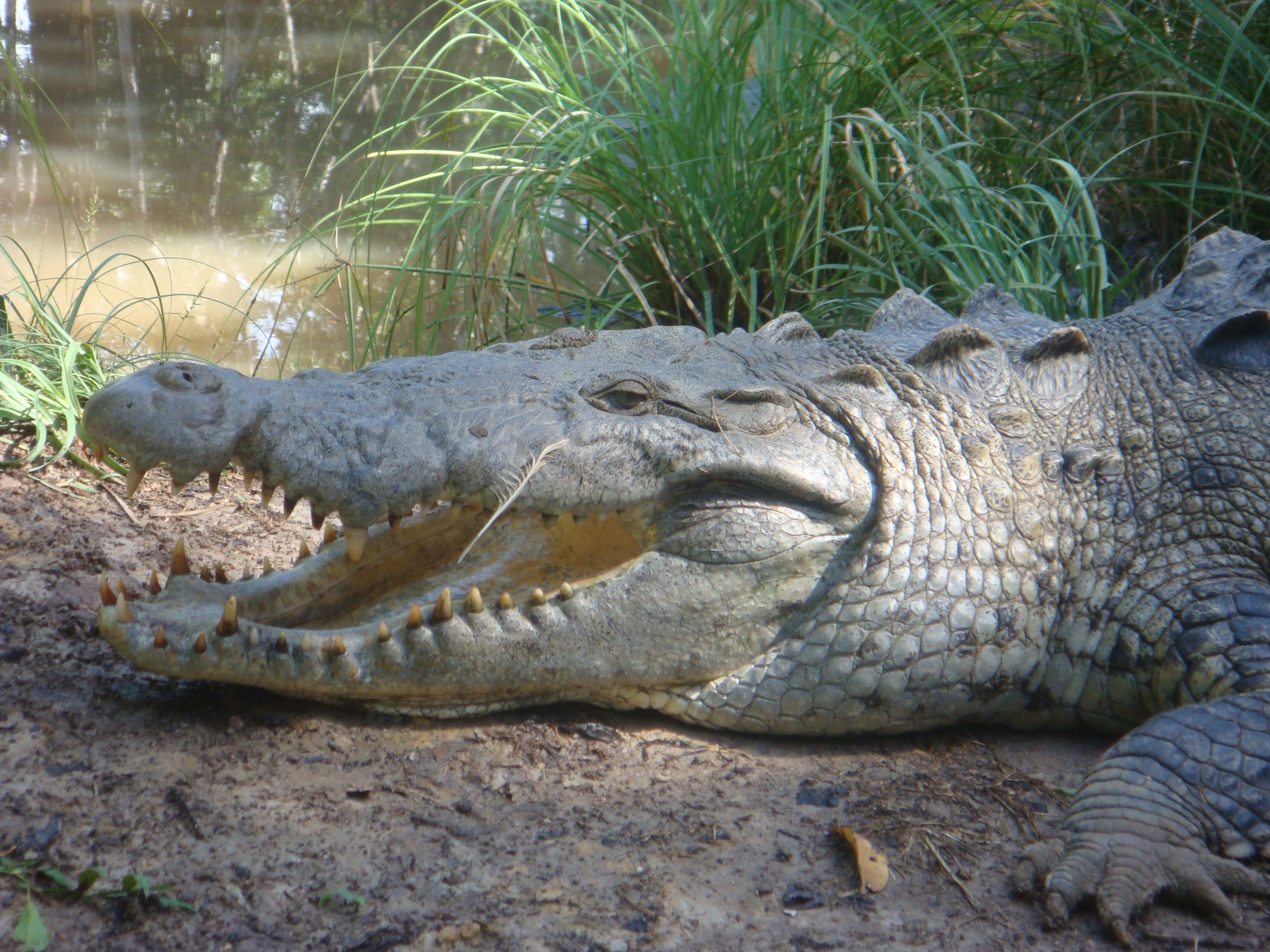 Development of areas in which they had previously occurred in relatively high numbers reduced available egg-laying sites, which must be in well-drained soil above the tideline. Though some nest on the actual coast, many seem to prefer more inland areas, where they find sandy or peaty creek banks. Submersion of eggs for more than a day will kill the eggs; conversely, desiccation due to lack of moisture is also a risk. Coastal sites are risky because the young must travel inland to find suitable areas in which to forage.

Though human encroachment has eliminated many of the natural areas that met these needs, it has also inadvertently created alternates through dredging of canals. This process creates banks similar to the ones preferred by the crocs of yore. In fact, one of the prime nurseries for the species now occurs at the Turkey Point Nuclear Generating Station, a facility just north of Key Largo. The nearly 170 miles of canals used to channel the plant’s cooling water provide prime habitat for rearing and hatching.

The canals have been managed by the Florida Power and Light Company, owner of the plant, since 1978, when the first nests were discovered. The berms along the canals are cleared of vegetation, creating more space for the reptiles to dig nests, which can be up to 5 feet deep, to house their 30 to 60 eggs. A bumper crop of hatchlings emerged in July 2019 after their 2.5 month incubation—more than 70 were counted and more are expected. Turkey Point hosts some 25% of Florida’s crocodile population.

Also important is the Crocodile Lake National Wildlife Refuge in Key Largo, which was set aside by the U.S. Fish and Wildlife Service in 1980. Florida and Biscayne Bays as well as the Everglades also host significant populations. Distribution is thinner on the western tip, with crocs sporadically popping up as far north as Cape Coral. Populations are somewhat more robust in Central and South America, though the snaggle-toothed critters face risks there as well.

Though their numbers do appear to have stabilized, American crocodiles still face the risk of ending up as roadkill and may succumb to occasional cold snaps. Survival rates of young are low—predators are fond of the eggs, which are delicacies to everything from raccoons to fire ants. Plenty of hatchlings succumb to predation as well—one was even found in the claws of a particularly bold crab.

A 2016 study found a new threat: introduced Nile crocodiles (Crocodylus niloticus) from Africa, a new addition to the hundreds of invasive species already established in the Sunshine State. Though only a handful of specimens have been identified, if they begin breeding, they could become competitors and have the potential to hybridize with their American counterparts. They are in more imminent peril, however, due to rising sea levels. Since they are largely coastal, their newly found sanctuaries in human-created environments such as Turkey Point stand to be inundated.

Ironically, American crocodiles pose a threat to another species, the Cuban crocodile (Crocodylus rhombifer). And it’s not the kind of conflict you might expect. Rather, the American species loves the Cuban one a little too much. Introgression of American genes threatens the purity of the bloodlines of its rarer cousin, only 3,000 of which are thought to remain in a small area of the island nation. The Cuban species stands to lose its distinct identity through the persist amorous overtures of these ugly Americans, which also hybridize with Morelet’s crocodiles (C. moreletii) in Central America.

While this situation must be monitored, the recovery of C. acutus in Florida is worthy of celebration. It appears that this ancient predator, with careful management, will be rocking around the clock for centuries to come.