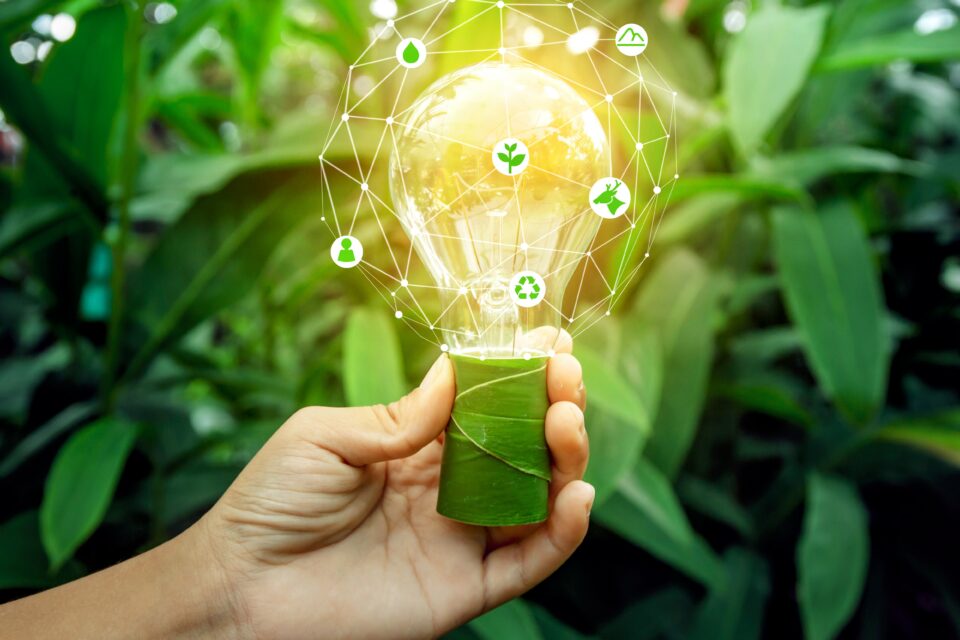 Today, the Inflation Reduction Act became “one of the most significant laws” in the history of the United States. Just hours ago, the sweeping $750 billion health care, tax and climate bill was signed by President Joe Biden.

“With this law, the American people won and the special interests lost,” said Biden. “For a while people doubted whether any of that was going to happen, but we are in a season of substance.”

On Wednesday, July 27, 2022, Senate Democrats announced the agreement, which will open the path for the most ambition climate action ever undertaken by the United States.

“I am confident this bill will endure as one of the greatest legislative feats in decades. It’ll lower costs, create millions of good paying jobs and is the boldest climate bill ever,” said Senate Majority Leader Chuck Schumer.

The $369 billion climate and tax package will significantly reset the country’s role in the global fight against climate change, by ramping up wind, solar, geothermal, battery, and several other sustainable energy industries over the next decade.

“By a wide margin, this legislation will be the greatest pro-climate legislation that has ever been passed by Congress,” said Schumer. “This is the action the American people have been waiting for,” President Biden added, praising the bill’s “investments in our energy security for the future.”

The groundbreaking deal will provide companies financial incentives to keep open nuclear plants that might have otherwise closed, and to capture emissions from industrial facilities and bury them underground before they can contribute to global warming. Moreover, car buyers with income beneath a certain threshold will received a $7,500 tax credit to purchase a new electric car and $4,000 for a used one, while most Americans will be offered rebates to install heat pumps in order to make their homes more energy-efficient.

According to the Senate Democrats, the legislation will enable the U.S. to cut greenhouse gas emissions to 40 percent below 2005 levels by the end of the decade, thus coming closer to President Biden’s earlier promise to reduce emissions by 50 percent over the following years. This is a major step forward to limiting warming to 1.5 degrees Celsius below pre-industrial levels – a threshold beyond which the chance of extreme climate events, such as droughts, wildfires, storms, and catastrophic floods would significantly increase.

The bill “keeps us in the climate fight and makes it possible that executive action, state and local government policies, and private sector leadership can get us across the finish line,” said Jesse Jenkins, a macro-scale energy systems engineer at Princeton University. “Without this bill, we’d be hopelessly far from our climate goals.”

Climate experts hope that this new deal will revitalize international efforts to curb climate change and restore American credibility in international negotiations. “You can’t preach temperance from a bar stool, and you can’t ask China, India, Brazil or other countries to cut emissions if we’re not doing it ourselves in a significant way,” said Democrat Senator Edward J. Markey.

The bill includes $30 billion in incentives for companies to construct wind turbines, solar panels, and batteries, and to process critical minerals in the United States, as well as $60 billion to solve the disproportionate burden of pollution on low-income and minority communities, $27 billion for a “green bank” that will offer financial support to clean energy projects, and $20 billion for programs to cut agricultural emissions.

“The American people won and the special interests lost,” said President Biden. “That’s the choice we face. We can protect the already powerful or show the courage to build a future where everybody has an even shot.”