Americans are still eating too much processed meat despite health risks • Earth.com 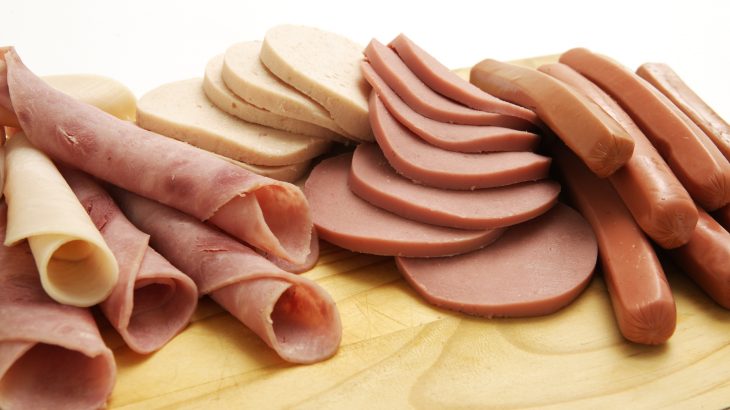 Americans are still eating too much processed meat despite health risks

Americans are eating the same amount of lunch meats, hot dogs, and other processed meats now as they were 18 years ago.

High consumption of processed meats has been linked to a number of health problems including obesity and an increased risk of some cancers.

Despite more and more studies highlighting and confirming these health risks, researchers from Tufts University discovered that on average, Americans are still eating too much processed meat.

A study, published in the Journal of the Academy of Nutrition and Dietetics, found that along with processed meats, Americans are eating the same amount of fish and shellfish as they were in 1999.

However, the researchers did find that overall red meat consumption has decreased in recent years due to people eating more chicken. For the first time, poultry consumption in the US has surpassed unprocessed red meat.

For the study, the researchers reviewed data from around 44,000 US adults who were part of the National Health and Nutrition Examination Survey from 1999 through 2016.

The researchers were able to identify diet trends in the US over the past 18 years and found that seafood consumption has remained unchanged and is still lower than recommended.

Less than 15 percent of the study participants met the recommended guidelines for fish and seafood consumption in their diets.

In 2016 processed meat consumption was around 187 grams per week with lunch meat, sausage, and hot dogs reported as the top consumed meats.

“Despite strong evidence linking processed meat with cancer risk, consumption of processed meat among US adults didn’t change over the study period (1999-2016),” said Fang Fang Zhang, the lead investigator for the study. “While factors other than health (e.g., social, cultural, and economic) can influence Americans’ food choices, the lack of widespread awareness of health risks associated with processed meat may have contributed to the lack of consumption change in the past 18 years.”

Previous research by Dr. Zhang found that 14,524 cancer cases in 2015 could be linked to high processed meat consumption.

Researchers will need to work to find out why people’s consumption of processed meats remains so high despite the risk and how to raise public awareness.

“Findings of this study can inform public health policy priorities for improving diet and reducing chronic disease burden in the US. Because stores and fast-food restaurants are main purchase locations for processed meat, future policies may prioritize these as primary sites of intervention for reducing processed meat consumption among US adults,” said Zhang.