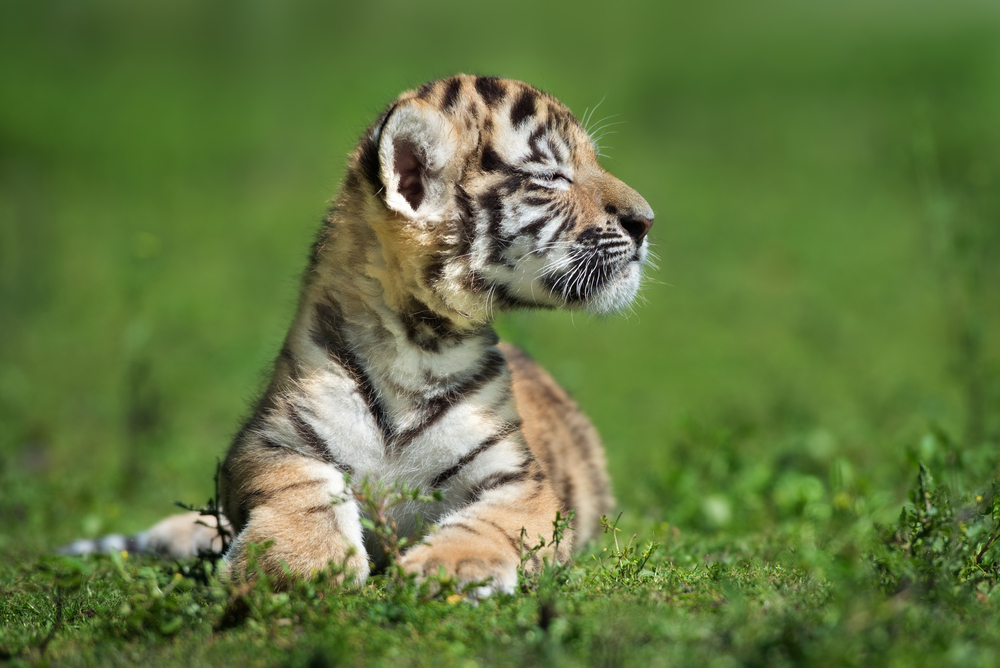 Raising a wild animal is generally a task best left to its mother. Milwaukee County Zoo employees have taken on the job, however, to save the life of a young Amur tiger cub.

Kashtan was just a couple weeks old and a mere 10 pounds when he contracted an illness. The infection had already killed one of his three sisters, so the zookeepers removed him for veterinary care.

After a course of antibiotics, he was able to return to the zoo’s Big Cat Country exhibit, but not to his mother.

First, the zoo staff needed to feed him five times a day. During the course of his illness, he didn’t gain as much weight as he needed to during those vital first weeks.

Second, they worried that after so much time, his mother would reject him.

“Female tigers also have the potential to injure offspring if reintroductions are attempted,” the zoo said in a press release about the tiger cubs’ debut. “The primary concern of the Zoo’s animal care staff is to avoid any risk of injury to the cub.”

So the exhibit’s staff took over Kashtan’s care. They weaned the Amur tiger cub from his bottle and he beginning to enjoy a meaty diet. He also gets plenty of play time with his sisters, Eloise and Bernadette, away from their mother.

It’s a unique situation. Usually when a tiger orphans or rejects a cub, zoos look for other orphaned cubs and raise them together. But in Kashtan’s case, his parents and sisters are still alive. That means he can stay at his home zoo and learn to socialize with his sisters.

The zookeepers will also work with Kashtan to teach him tiger interaction and socialization skills when his sisters are with their mother.

That will stop in another month or two, when he’s large enough that he could hurt them during play sessions.

The unusual efforts to save the Amur tiger cub were in part because Amur tigers are endangered. While tiger numbers rose for the first time in a century last year, only about 3,900 Amur tigers survive in the wild, the World Wildlife Fund reports.