How and why did ancient animals grow so large? • Earth.com 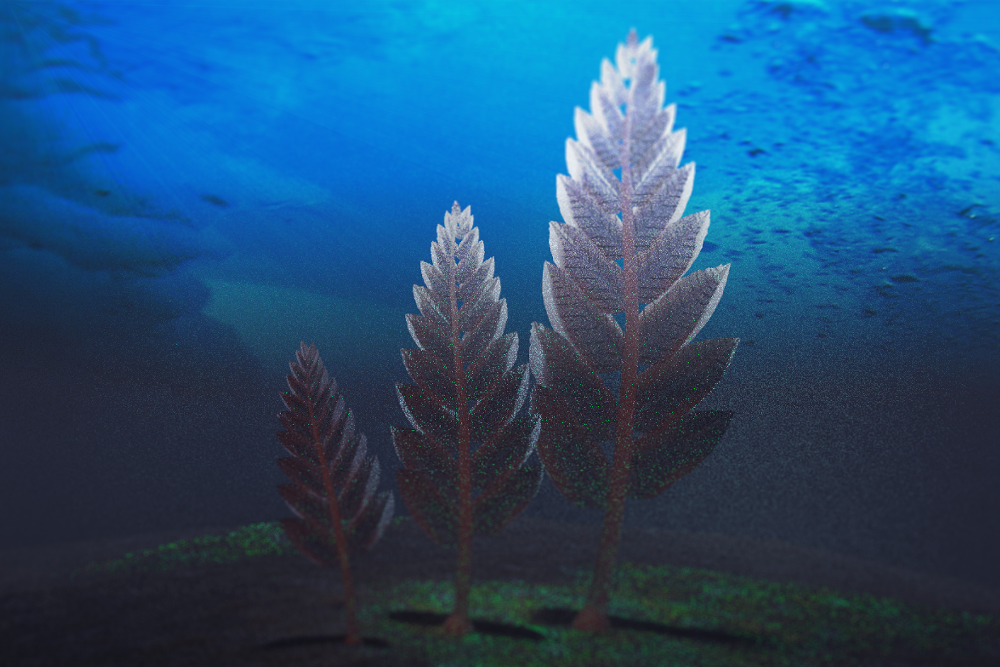 How and why did ancient animals grow so large?

Rangeomorphs – ancient animals ranging from centimeters to two meters in height – were much larger than the microscopic species that roamed Earth at the same time.

But what made the ocean-dwelling organisms so comparatively huge?

“What we wanted to know is why these large organisms appeared at this particular point in Earth’s history,” said Dr. Jennifer Hoyal Cuthill of Cambridge University. “They show up in the fossil record with a bang, at very large size. We wondered, was this simply a coincidence or a direct result of changes in ocean chemistry?”

Rangeomorphs lived in Earth’s oceans between 635 and 541 million years ago. Their bodies branched into fractals, shapes that are still seen in modern organisms.

In some ways, the ancient animals resembled plants more than modern animal life.

Using micro-CT technology, the researchers looked at rangeomorph fossils from Canada, Australia, the UK and Newfoundland. What they discovered may be the earliest evidence of nutrient-dependent growth among ancient animals. This “shape-shifting” ability allowed rangeomorphs to grow larger depending on whether they were in water with more nutrients or oxygen.

The adaptation may have been a response to changes in the ocean’s chemistry during the Ediacaran Period, when rangeomorphs lived.

“During the Ediacaran, there seem to have been major changes in the Earth’s oceans, which may have triggered growth, so that life on Earth suddenly starts getting much bigger,” Hoyal Cuthill said in a press release. “It’s probably too early to conclude exactly which geochemical changes in the Ediacaran oceans were responsible for the shift to large body sizes, but there are strong contenders, especially increased oxygen, which animals need for respiration.”

The largest factor may have been a massive influx of oxygen into Earth’s oceans during the Ediacaran. Low oxygen levels prior to that time period may have keep ancient animals small. The study is finding clues that may explain how other animal species became so large.

When conditions changed again in the “Cambrian Explosion,” more large species developed and rangeomorphs were crowded out, the researchers said.

The study will be published in Nature Ecology & Evolution.