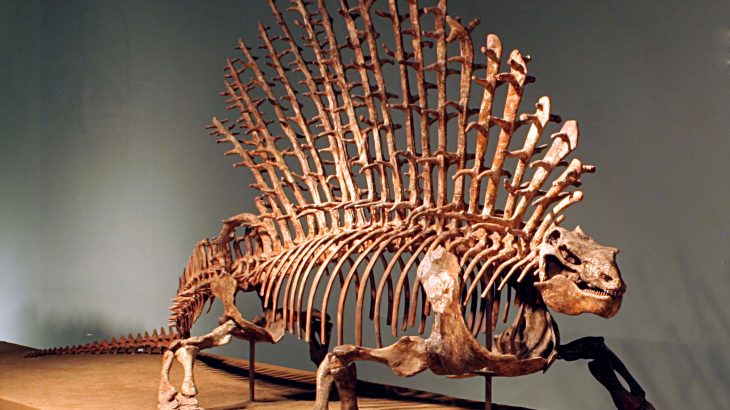 How did mammals develop such complex spines? When you look at mammalian vertebrae compared to reptiles, you can see a marked difference between the two classes of animals, and for years researchers were puzzled by this.

A new study conducted by researchers from the Harvard University and the Field Museum found that the secret behind mammalian backbone evolution is all in the shoulders.

The results of the study were published in the journal Nature.

“If you look at animals today, mammals stand out because that they have backbones where you can clearly see different regions; the vertebrae in each region look different from those in other regions,” said Ken Angielczyk, a co-author of the study. “And now that we have a better understanding of how mammals’ backbones evolved, it looks like those changes were closely tied to changes that were happening in the shoulders.”

Mammal spines are made up of differently shaped vertebra whereas reptiles seem to have a more uniform spine.

The researchers led by Angielczyk examined the backbones of mice, alligators, lizards, amphibians, and fossils of ancient mammal relatives that were alive between 300 and 190 million years ago.

The wide array of spines studied began to show a pattern and the researchers discovered that flexible shoulders started to evolved around 270 million years ago, at the same times that upper backbones started to change as well.

“This study shows that changes to the blueprints important for building the mammalian back likely occurred many millions of years before the origin of mammals,” said Katrina Jones, a lead author of the study. “This demonstrates that evolutionary transitions can occur in surprising ways, which we would not expect from looking only at living animals. Often, fossils are the only direct evidence we have of the origin of animal groups and can change our understanding of the history of life.”

The change in backbones helped with mammal diversification, and an explanation for why mammals and reptiles have such different spines is that mammals move in so many different, complex ways compared to reptiles, amphibians, and birds.

The broad range of movement among mammals around the world is a huge part of mammalian evolution and why we as humans eventually developed the ability to walk upright.

“We use our backbones in very distinctive ways that are closely tied to our different modes of life,” said Angielczyk. “Cheetahs have flexible spines that let them conserve energy and take bigger strides, humans have unusual vertebral columns that let us walk upright, and whales have stiffer backbones with a few sections that are highly mobile so that they’re better swimmers.”