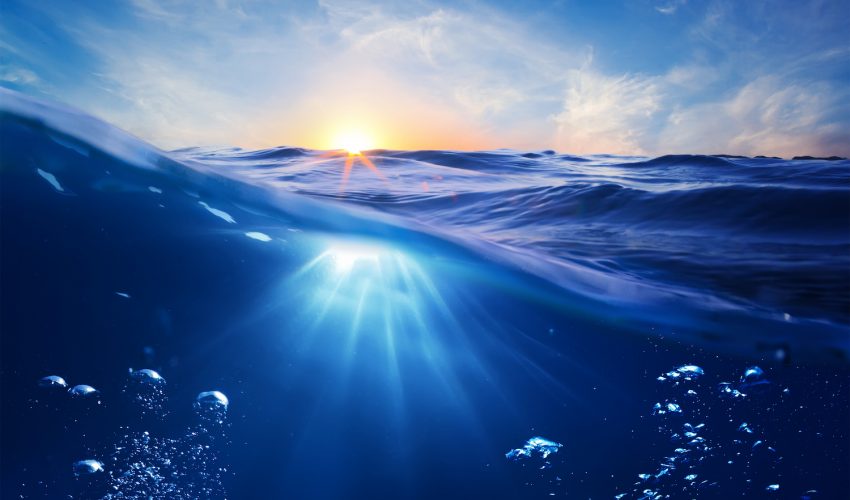 A new study has found that ancient ocean temperatures were actually much colder than scientists had previously thought.

The study, published in the journal Nature Communications, reveals that paleoclimate research may have overestimated water temperatures from one hundred million years ago.

These results come at a time when understanding how previous ocean temperatures affected climate is more important than ever in predicting the future impact of climate change.

“Oceans cover 70% of our planet. They play a key role in the earth’s climate. Knowing the extent to which their temperatures have varied over geological time is crucial if we are to gain a fuller understanding of how they behave and to predict the consequences of current climate change more accurately,” said Anders Meibom, a professor at the University of Lausanne and one of the authors of the study.

It had been commonly thought that ocean temperatures 100 million years ago were 15 degrees warmer than they are today, but now a team of French and Swiss researchers have challenged that theory.

Foraminifera shells contain oxygen-18, and by testing for levels of oxygen-18 in the shells, it was thought you could determine the temperatures of the ocean at the time the shell was formed.

But this is where the researchers feel the methodology is flawed, by focusing solely on oxygen-18.

The temperature estimates are based on the idea that oxygen-18 levels in the shells stayed constant while the fossils were packed in the layers of sediment.

Instead, the researchers used a nanoscale secondary ion mass spectrometer to run small-scale chemical analyses on foraminifera that were exposed to high temperatures in artificial seawater containing only oxygen-18.

The levels of oxygen-18 in the shells changed without any visible trace, meaning they are unreliable as a measurement of temperature.

Instead, the French and Swiss researchers think that measurements of ocean temperatures were overestimated and call into question the years of paleoclimate research based on foraminifera shell calculations, particularly in colder water.

The researchers now hope to revisit ocean temperatures millions of years ago to see if more accurate measurements can be made.