How ancient people changed the face of the rainforest • Earth.com 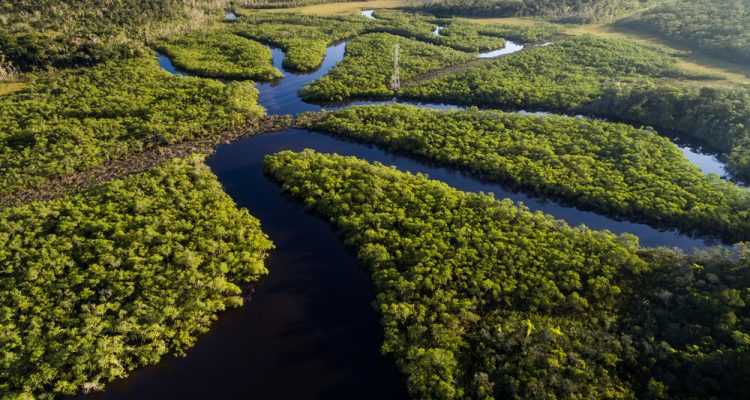 How ancient people changed the face of the rainforest

Imagine: you’re deep within the Brazilian rainforest when you discover huge, geometric trenches. Some of the huge shapes – squares and circles – measure as large as a city block. The trenches themselves are up to 13 feet deep and as much as 12 yards wide. These earthworks are a reality, and archaeologists believe they were built by ancient people around 2,000 years ago. They also found broken ceramics near the entrance to the shapes, but are unsure why the materials were left there.

The discovery of the ancient geometric earthworks has unearthed a stunning realization: rainforest areas that were previously thought to be undisturbed by humans until 15th century explorers arrived from Europe were actually subject to manipulation by the ancient people who built these glyphs – as well as those who came before them.

“A lot of people have the idea that the Amazon forests are pristine forests, never touched by humans, and that’s obviously not the case,” said Jennifer Watling, an archaeologist the University of São Paulo, Brazil, told the New York Times.

Researchers have found evidence of sustainable farming practices carried out thousands of years before the trenches were constructed.

They did this by carefully examining the environmental history of two of the areas in the Amazon rain forest in which glyphs are located. By analyzing soil samples, scientists were able to put together a story of ancient vegetation, as well as burnings that took place to make openings in the forest. Researchers believe that ancient forest dwellers may have planted maize or squash.

Somewhat like methods now known as agroforestry, the ancient people of the Amazon took care not to burn or clear-cut large swaths of land. Instead, they used sustainable farming at its best. Watling says that the biodiversity that exists in the Amazon today is due to the practices that were started all those many years ago and continued by indigenous groups even today.