Ancient shark was one of the earliest human ancestors • Earth.com 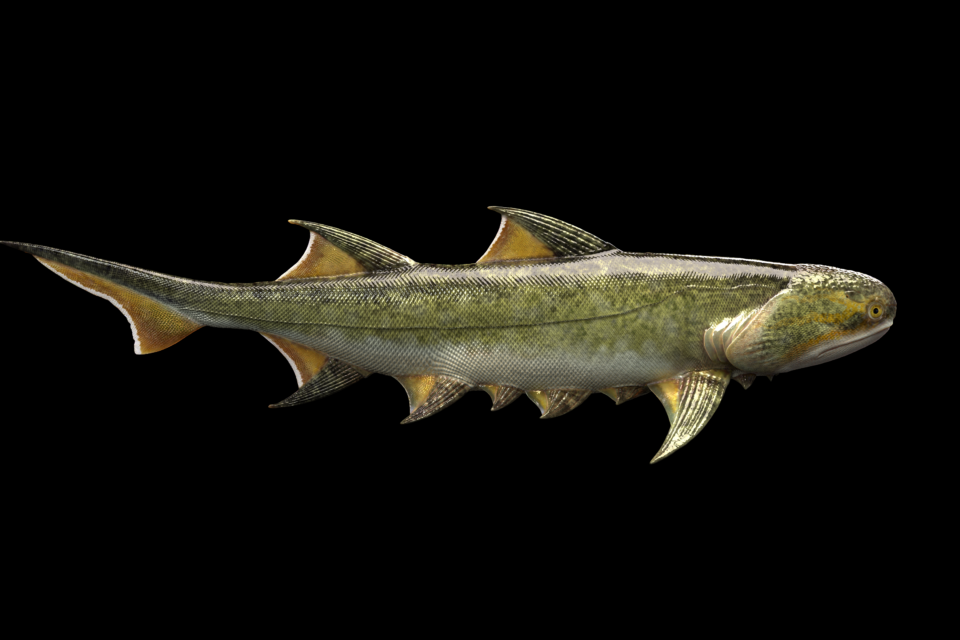 Everyone knows what modern sharks look like: large fish with hydrodynamic bodies cutting through the water in search of prey. However, sharks are an ancient lineage of fishes and in the deep past, ancestral sharks did not always appear as our modern sharks do.

Recently, the discovery of a 439 million-year-old shark was published in the journal Nature predating the next oldest jawed fish by 15 million years. This shark is from the class Acanthodii and unlike modern sharks was armored. The shark was named Fanjingshania after the famous UNESCO world heritage site, Fanjingsha.

“This is the oldest jawed fish with known anatomy,” said Professor ZHU Min from the Institute of Vertebrate Paleontology and Paleoanthropology (IVPP) of the Chinese Academy of Sciences. “The new data allowed us to place Fanjingshania in the phylogenetic tree of early vertebrates and gain much needed information about the evolutionary steps leading to the origin of important vertebrate adaptations such as jaws, sensory systems, and paired appendages.”

There were several features to distinguish Fanjingshania, including a shoulder girdle fused to fin spines. The fish also had unique armor plates, with parts of the pectoral fins fused to scales on the body. This anatomy suggests a unique role in the evolution of vertebrates for Fanjingshania.

“This level of hard tissue modification is unprecedented in chondrichthyans, a group that includes modern cartilaginous fish and their extinct ancestors,” said study lead author Dr. Plamen Andreev, a researcher at Qujing Normal University. “It speaks about greater than currently understood developmental plasticity of the mineralized skeleton at the onset of jawed fish diversification.”

“The new discovery puts into question existing models of vertebrate evolution by significantly condensing the timeframe for the emergence of jawed fish from their closest jawless ancestors. This will have a profound impact on how we assess evolutionary rates in early vertebrates and the relationship between morphological and molecular change in these groups,” said Dr. Ivan J. Sansom from the University of Birmingham.

This discovery helps scientists better understand the evolution of fishes and pushes the origin of jawed fish to an earlier date than previously suspected. Since we all evolved from fishes, it’s an important piece of our own heritage.