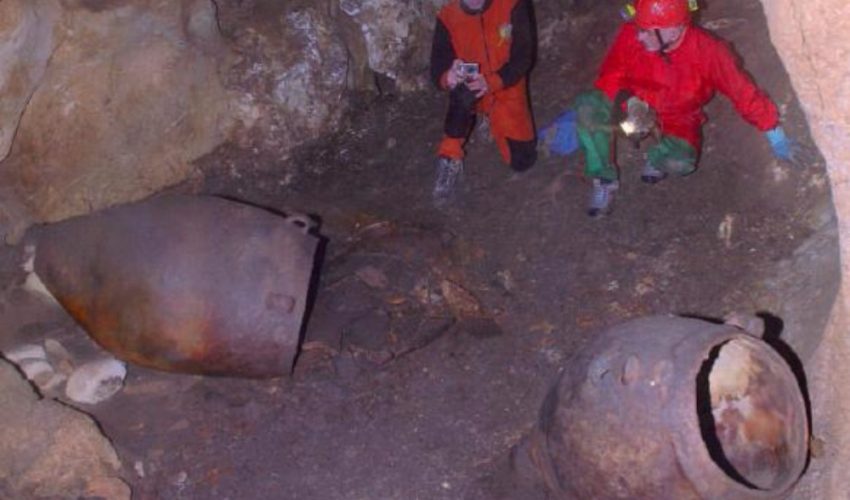 Historians and grape aficionados alike have long believed that Italy’s wine-making heritage stretches back to the Middle Bronze Age, from 1300 to 1100 BCE. But ancient wine residue shows they may have been off – by a lot.

Archaeologists uncovered the large, unglazed storage jar at Monte Kronio, a Copper Age site near the southwestern coast of Sicily. The pot was dated back to about 4000 BCE.

Dr. Davide Tanasi, a researcher based at the University of South Florida, analyzed the pottery and made a striking discovery – residue from ancient wine.

He and his team conducted a chemical analysis of the residue using spectroscopy, which showed that the wine residue contained traces of tartaric acid and sodium salt, both natural byproducts of the winemaking process.

The find shakes up previous beliefs about the history of winemaking in Italy. Previously, some preserved seeds backed up the idea that wine production in Italy began a little over 3,000 years ago; the new find nearly doubles that estimate.

The find itself was extremely rare. In order for pottery to be properly analyzed, it has to be excavated intact, the researchers said.

While the ancient wine shows that the grape-based beverage may be much older than previously thought, it’s still not the first time humans ventured into the world of alcohol production.

The Mapuche people of what is today Chile fermented potatoes into alcoholic “chicha” as early as 13000 BCE. Sorghum beer dates back to about 6000 BCE in South Africa, and nomads in central Asia were fermenting horse milk by 6,500 years ago. Cassava beer dates back to 4000 BCE in what is now Suriname and Guyana – making it about the same age as the ancient wine Tanasi and his colleagues discovered.

The study has been published in Microchemical Journal.