Antarctic glacier melting from below, could cause sea level rise • Earth.com 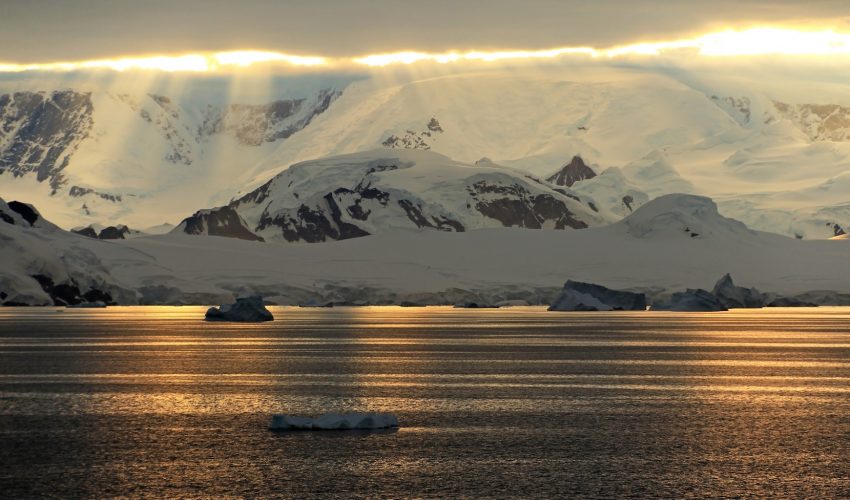 Antarctic glacier melting from below, could cause sea level rise

Researchers from the University of Texas at Austin have discovered that strong winds are causing the largest glacier in East Antarctica to start melting from beneath. The massive ice formation, the Totten glacier, has the potential to elevate sea levels by over 11 feet.

The research team used satellite images and wind stress data to examine the how the water beneath the glacier is affected by wind. The study revealed that forceful winds over the Southern Ocean speed up the movement of the glacier. The winds cause warm waters to rise from deep in the sea, which ultimately circulate underneath the enormous ice chunk and melt the glacier from below.

“Totten has been called the sleeping giant because it’s huge and has been seen as insensitive to changes in its environment,” said lead author Chad Greene. “But we’ve shown that if Totten is asleep, it’s certainly not in a coma – we’re seeing signs of responsiveness, and it might just take the wind blowing to wake it up.”

The Totten glacier, which is south of Western Australia, is a floating ice shelf that is 90 miles by 22 miles in area. The entire region that could potentially flow into the sea, however, is over 200,000 square miles in size.In some areas, the ice is almost 2.5 miles thick.

While the wind strength in this region varies from year to year, climate change is expected to intensify the winds over the Southern Ocean. These winds will increasingly displace the ocean’s surface water and allow warmer water to rise. In other words, climate change will continue to accelerate the melting of the gigantic Totten.

“Ice sheet sensitivity to wind forcing has been hypothesized for a long time, but it takes decades of observation to show unequivocal cause and effect,” said study co-author Donald Blankenship. “Now we’re at the point where we can explicitly show the links between what happens in the atmosphere, what happens in the ocean, and what happens to the Antarctic Ice Sheet.”