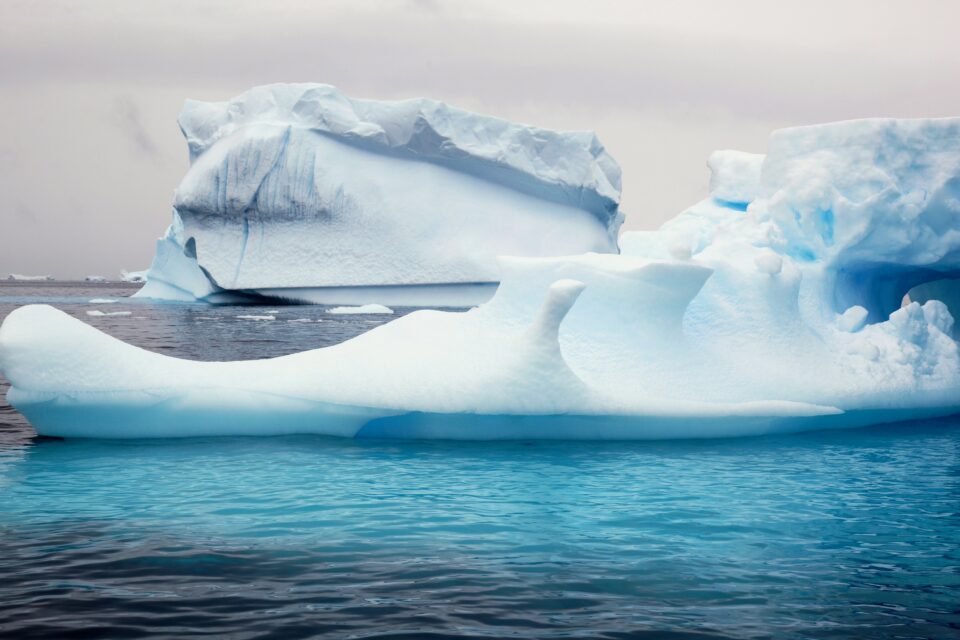 Antarctica’s ice shelves may be melting at an accelerated rate, which could contribute to more rapid sea level rise. These are the findings of a new model that simulates how rapidly flowing freshwater melted from the ice shelves can trap dense warm ocean water at the base of the ice, causing it to warm and melt even more.

The study was conducted in the laboratory of Andy Thompson, a professor of Environmental Science and Engineering at the California Institute of Technology.

Ice shelves are outcroppings of the Antarctic ice sheet, found where the ice juts out from land and floats on top of the ocean. The shelves are several hundred meters thick and act as a protective buffer keeping the whole ice sheet from flowing into the ocean, which would dramatically raise global sea levels.

Climate change, however, has warmed the atmosphere and oceans, increasing the speed at which these ice shelves are melting. This is threatening their ability to hold back the flow of the ice sheet into the ocean.

“If this mechanism that we’ve been studying is active in the real world, it may mean that ice shelf melt rates are 20 to 40 percent higher than the predictions in global climate models, which typically cannot simulate these strong currents near the Antarctic coast,” said Thompson.

In this study, the researchers focused on the West Antarctic Peninsula (WAP). It is here that Antarctica sees the most dramatic changes due to climate change. The team’s model takes into account the narrow Antarctic Coastal Current, which is not included in many climate models because it is so small.

“Large global climate models don’t include this coastal current, because it’s very narrow – only about 20 kilometers wide, while most climate models only capture currents that are 100 kilometers across or larger,” explained senior researcher Mar Flexas. “So, there is a potential for those models to not represent future melt rates very accurately.”

The model illustrates how melted ice turned freshwater is carried by the coastal current and transported around the continent. The less-dense freshwater moves along quickly near the surface of the ocean and traps relatively warm ocean saltwater against the underside of the ice shelves. This causes the ice shelves to melt from below.

“There are aspects of the climate system that we are still discovering,” said Thompson. “As we’ve made progress in our ability to model interactions between the ocean, ice shelves, and atmosphere, we’re able to make more accurate predictions with better constraints on uncertainty. We may need to revisit some of the predictions of sea level rise in the next decades or century – that’s work that we’ll do going forward.”

The study can be found in the journal Science Advances.