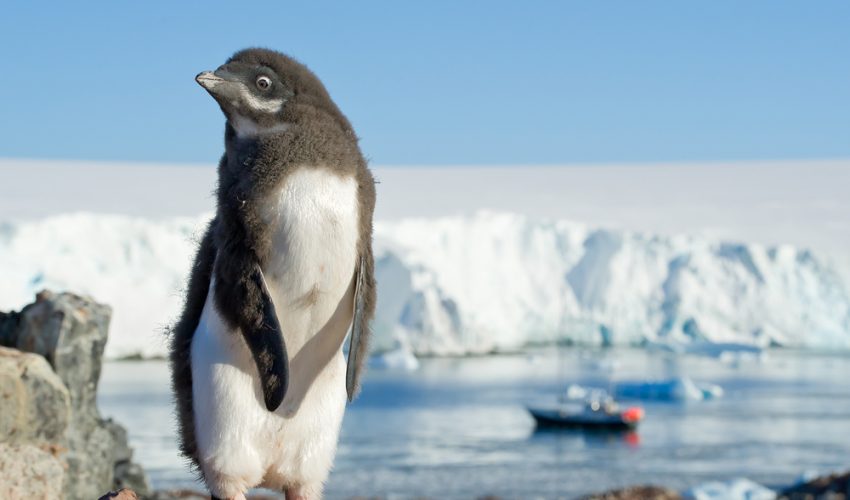 For the second time in three years, a colony of Antarctic penguins has suffered a tragic die-off of its chicks.

In 2015, the colony of about 36,000 Adelie penguins lost all of its chicks. So far this year, all but two of the baby penguins have died.

The culprit, experts believe, was late spring ice that forced the adult penguins to travel much farther for food.

According to the World Wildlife Fund, the Adelie penguin is the smallest and most widespread penguin species in Antarctica. Although they’re considered a species of “least concern” – meaning they’re not considered endangered or threatened – that could change in the future.

Like other Antarctic penguins, the Adelie colony faces the duel challenges of a changing climate and commercial fishing in their traditional feeding grounds.

In areas that have already begun to show the effects of climate change over the past 25 years, Adelie penguin populations have dropped by as much as 65 percent, the WWF reports.

The little penguins only breed on land that has no ice, which means that when ice extends farther than usual – as it did this year – adult penguins have to travel farther to find food for themselves and their chicks. In normal years, adults travel 30 to 75 miles to their fishing territory.

When commercial fishing operations move into that territory, that just means one more competitor for the Adelie penguins’ fish.

“The risk of opening up this area to exploratory krill fisheries, which would compete with the Adelie penguins for food as they recover from two catastrophic breeding failures in four years, is unthinkable,” Rod Downie, the WWF’s head of polar programs, told the BBC.

The WWF is calling for the creation of a Marine Protection Area at the fishing grounds near the colony.

In an opinion column about the tragic die-off of the penguin chicks printed in The Guardian, John Sauven, the director of Greenpeace, also called for a marine sanctuary for the colony.

“All of us who live on this planet are the guardians of these environments, not only to protect the wildlife that lives in them, but because the health of our oceans sustains our planet and the livelihoods of billions of people,” Sauven wrote.