Antibiotics used on food crops may be starving bees • Earth.com 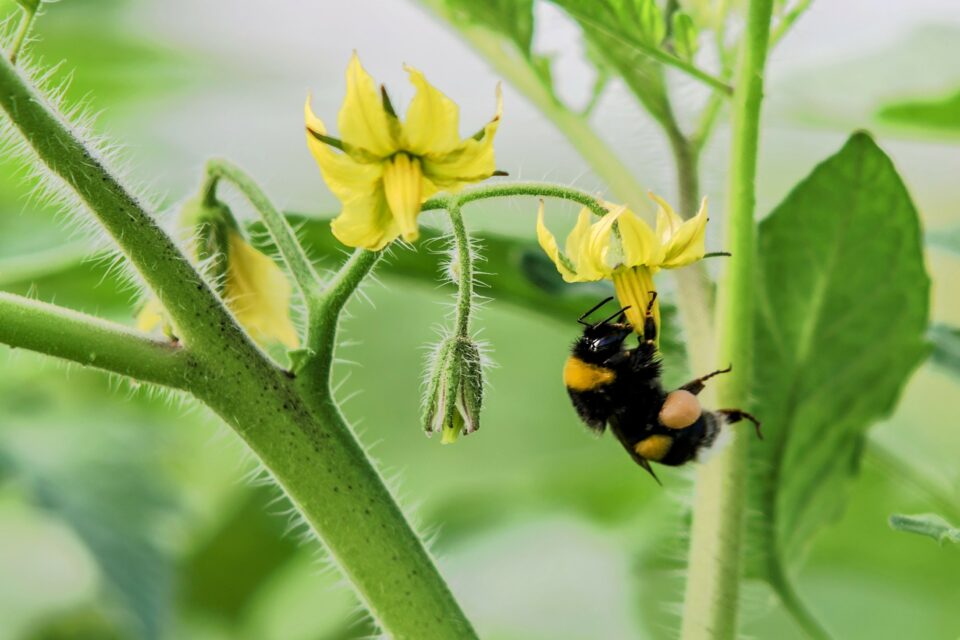 Antibiotics used on food crops may be starving bees

Two thirds of the world’s food crops depend on pollination by at least one of over 100,000 species of pollinators, including 20,000 species of bees. Unfortunately, many of these species, particularly bees, face risks of extinction.

One of the causes for this decline in pollinator populations could be the increased spraying of antibiotics on crops to battle spikes in bacterial infections. A new laboratory study led by Emory University and the University of Washington has found that exposure to streptomycin, an antibiotic sprayed on orchard crops, slows the cognition of bumblebees and reduces their foraging efficiency.

The researchers conducted laboratory experiments with managed bumblebees (Bombus impatiens) to assess the effects of upper-limit dietary exposure to streptomycin. For two days, half of the bees were fed on sucrose or sugar water (to stimulate nectar), while the other half received sucrose dosed with streptomycin.

Afterwards, the bees were presented with different-colored cardboard strips, one saturated with sucrose and the other one with plain water, and scientists measured the number of trials it took for a bee to show a preference for the color strips containing sucrose.

The experts found that the bees fed streptomycin often required three times as many trials to make the association compared to the other bees, and they were more likely to display avoidance behavior towards both stimuli.

The bees that passed a training threshold were given a short-term memory test five minutes later. Each of them was presented with both cardboard strips simultaneously and allowed to select one. The bees treated with streptomycin selected the sucrose reward at a rate of around 55 percent, compared to the nearly 87 percent success rate of the untreated bees.

To assess bees’ foraging ability, the scientists conducted trials in a foraging chamber containing an array of artificial flowers dispensing sucrose or plain water, and found that the bees previously exposed to antibiotics visited far fewer sucrose-rewarding flowers relative to the control group.

“I was surprised at how strong an effect we found of streptomycin on bumblebees in the laboratory experiments,” said study senior author Berry Brosi, an associate professor of Biology at the University of Washington. “That makes it imperative to learn if we see similar effects in an agricultural setting.”

“Production of our food, farmer livelihoods, and the health of pollinators are all tied together. It’s critically important to find ways to maintain agricultural production while also conserving the ecosystem services – including pollination – that a biodiverse ecosystem provides,” he concluded.

The study is published in the journal Proceeding of the Royal Society B.