Antimicrobial property of spiders’ silk is a myth • Earth.com 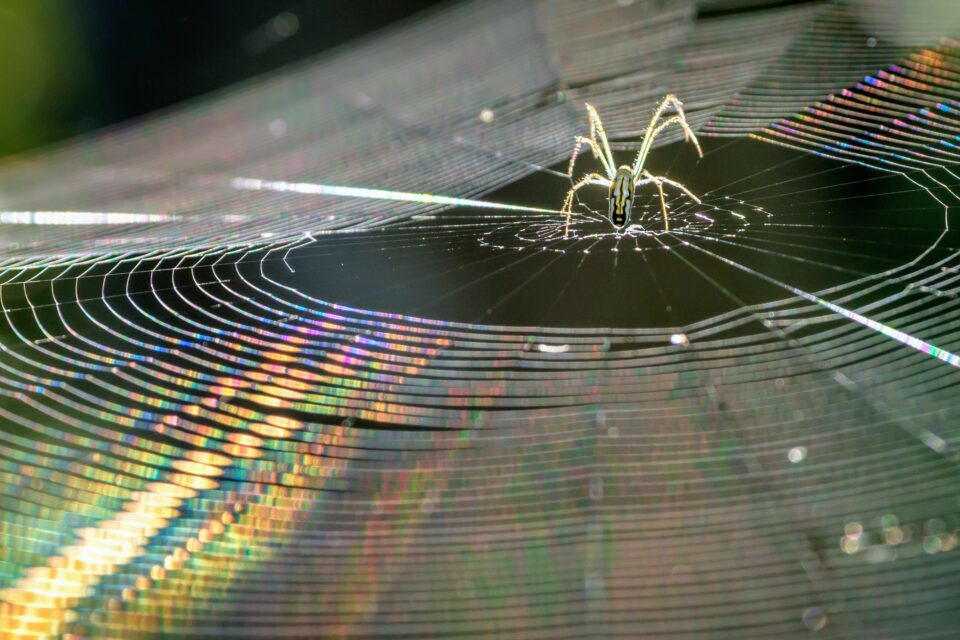 Antimicrobial property of spiders’ silk is a myth

The virtues of spiders’ silk have been extolled since ancient times when the Greeks and Romans apparently used bandages of spider web to help staunch bleeding and heal wounds, cuts and scrapes.

In the past decade, many studies have investigated the antimicrobial properties of spiders’ silk in order to back up the myth with empirical findings. Some studies have confirmed antimicrobial activity, while others have rejected it. In short, the topic has become a bit of a tangled web.

“Spider silk has always been admired and almost has a mythical status,” said Trine Bilde, a professor of Biology at Aarhus University in Denmark. “It’s one of these myths that seems to have become ‘established’ by ‘belief’ and not by strong empirical support.”

In the light of this contradictory evidence, a team of researchers set out to assess the antimicrobial properties of different types of silk from seven species of spiders. They tested whether the silk would affect various types of bacteria, namely Gram-negative Escherichia coli and Pseudomonas putida, and Gram-positive Bacillus subtilis, using direct contact or diffusion disc assays.

In particular, social spiders that live in large groups may be protected from the spread of pathogens by antibiotic silk. These spiders have weakened immune systems from inbreeding, so they are especially vulnerable to infection. However, Professor Bilde and her team of researchers found no evidence of antimicrobial activity in the silk of social spiders.

“We were unable to detect antimicrobial activity of social spider silk, regardless of method or microbe, and this made us curious about why other studies were able to,” said Professor Bilde. “We then started scrutinizing the papers reporting antimicrobial activity in fine detail and became aware of methodological shortcomings.”

Two main methodological issues were identified. Some of the past studies had not adequately controlled for contamination of silk samples by bacteria, while other studies had not controlled for the effects of the solvent used to extract the spiders’ silk. The studies may have been compromised for either of these reasons.

Using improved experimental procedures, the researchers found no evidence of antimicrobial activity in the samples of silk that they tested. Since they only tested silk from seven spider species, they cannot rule out silk with antimicrobial properties from other, untested species. However, their results do cast doubt on previous investigations.

“Rather than assuming that spider silk is antimicrobial, we should now assume that it isn’t,” said Professor Bilde. “We can still test the idea in new species and with new organisms, but with a more cautious starting point.”