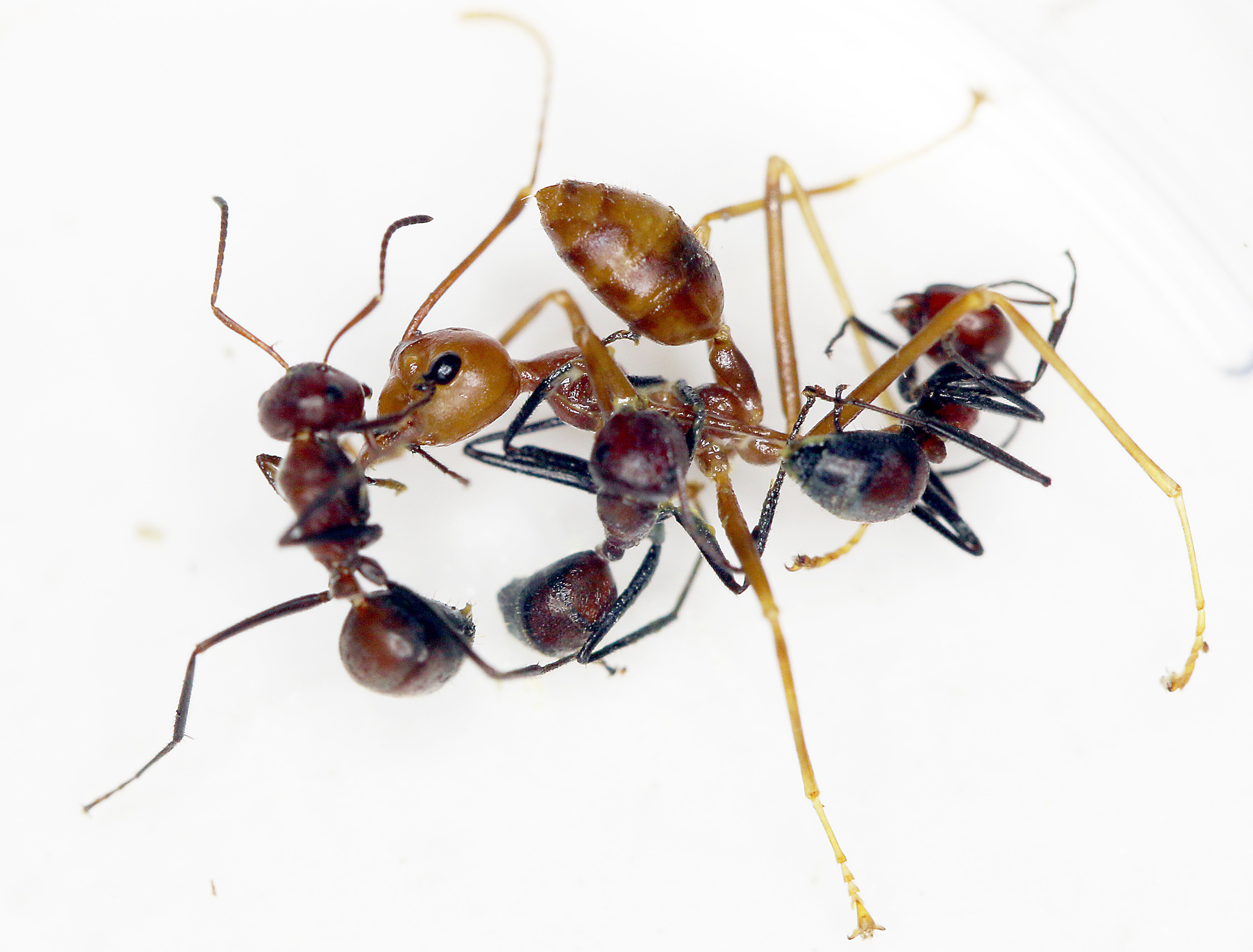 For many species in the animal kingdom, protecting the colony, nest, hive, or den is one of the most important jobs.

Exploding ants take this duty one step further, and when threatened by intruders, they “explode,” or purposefully break apart their body wall as a defensive mechanism.

Besides killing the ant itself, the explosion also releases a sticky toxic liquid that can kill or delay an enemy.

Exploding ants or Colobopsis cylindrica are canopy dwelling ants who were first reported in 1916 but no new species have been described since 1935.

An interdisciplinary research team remedied this lack of taxonomic information when they identified 15 separate species of exploding ants, one of which had not been discovered before.

Researchers from the Natural History Museum in Vienna, Technical University Vienna, The University of Natural Resources and Life Sciences Vienna and the Universiti Brunei Darussalam conducted the study which was recently published in the journal Zookeys.

Some of the researchers went a sampling trip to Brunei on the Island of Borneo in order to observe and collect different species of exploding ants. The trip resulted in the first sampling of male Colobopsis cylindrica ever to be seen.

The new species of exploding ant was named Colobopsis explodens and was picked as a model species for all exploding ants because of how they were so “prone to self-sacrifice,” according to the researchers.

It’s title as a model species is exciting as it means that Colobopsis explodens will serve as an important navigation point for all future research on the group of ants.

Further studies are already underway examining Colobopsis explodens more closely, according to the researchers. The new research will focus on the ant’s behavior, microbiology, evolutionary history, and anatomy, among other elements.

The researchers also expect that other new Colobopsis species are likely to be discovered soon.