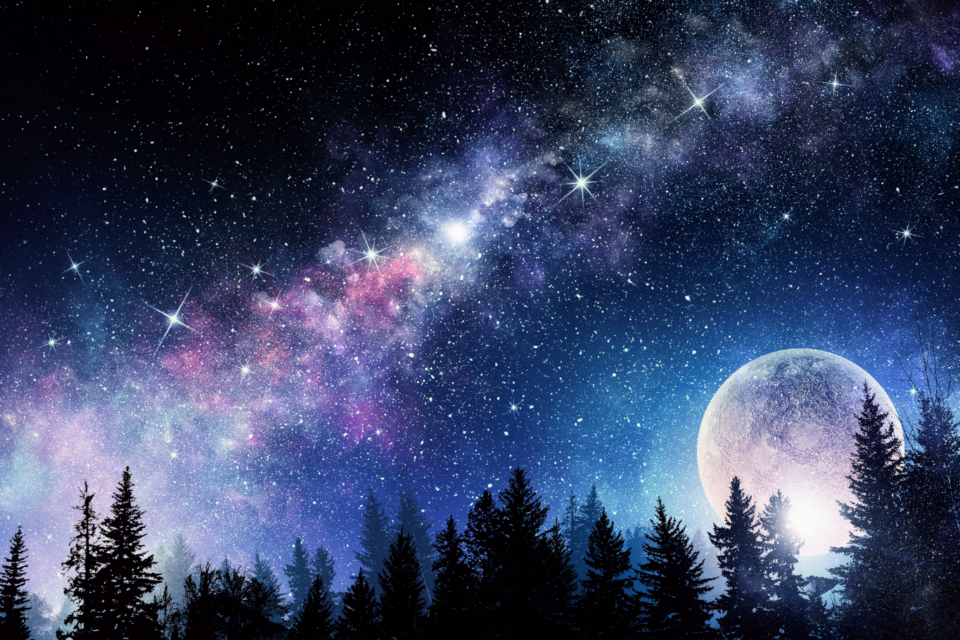 April’s night sky is set for a spectacular planetary alignment

Starting April 17, 2022, Saturn, Mars, Venus, and Jupiter will appear diagonally aligned in the pre-dawn sky, offering viewers a rare celestial spectacle. While in the northern hemisphere, the planets will be most visible in the south-east on the early morning of April 20, close to the rising sun, in the southern hemisphere they will be visible further east and at a steeper angle. Previously, these four planets aligned in 2005, 2016, and 2020.

“Sunrise will creep ever earlier as the days progress, so it is best to view this alignment sooner rather than later,” advised Jake Forster, an astronomy education officer at the Royal Museums Greenwich. “The tricky part will be catching the planets in the relatively short space of time between when they rise above the horizon and when the Sun follows after them. This allows us a window of time between 5 and 6am BST most mornings from April 20 onwards to view the planets in a neat line across the sky.”

The planets will be easy to spot with the naked eye, and can be distinguished by variations in color and brightness. “Venus will be noticeably the brightest of all four planets, shining a bright white light. Jupiter will be the second brightest, also shining white in color. Saturn will be clearly fainter than the other three, due to its much further distance from the Sun. Mars will have the most distinctive difference from the others because of its coloration, appearing as a bright orange point of light to the naked eye,” explained Forster.

Although the planets will appear to be close to one another when observed from the Earth, they are in fact millions of miles apart during an alignment. Moreover, according to Christopher S. Baird, an assistant professor of Physics at West Texas A&M University, planetary alignment strongly depends on our viewpoint, and is thus not something fundamental about the planets themselves. In fact, planets never line up perfectly in a straight line.

“If you look at a two-dimensional plot of the planets and their orbits on a piece of paper you may be led to believe that all the planets will circle around to the same line eventually. In reality, the planets do not all orbit perfectly in the same plane. Instead, they swing about on different orbits in three-dimensional space. For this reason, they will never be perfectly aligned,” explained Professor Baird.

Nonetheless, until the end of April, people from all over the world can enjoy this rare and beautiful astronomical event, in preparation for an even more spectacular alignment that will occur on June 24, when all the other planets in our solar system (Mercury, Venus, Mars, Jupiter, Saturn, Uranus, and Neptune) will align in the same region of the pre-dawn sky.