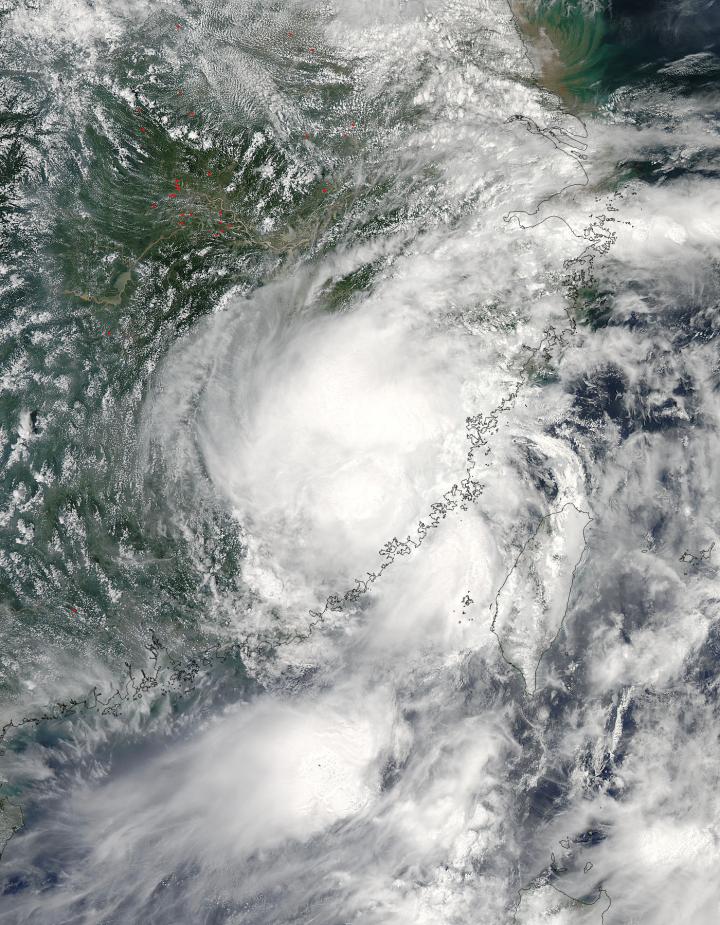 The once powerful super typhoon Nepartak made landfall in eastern China as a minimal tropical storm after land falling in Taiwan as a typhoon. NASA’s Aqua satellite captured an image of Nepartak over southeastern China after the storm’s second landfall.

he MODIS or Moderate Resolution Imaging Spectroradiometer instrument aboard NASA’s Aqua satellite captured a visible image of Tropical Storm Nepartak on Saturday, July 9 at 05:25 UTC (1:25 a.m. EDT). Nepartak’s center had already moved inland over southeastern China. Only the southeastern quadrant on the storm remained over the Taiwan Strait as the storm continued moving to the northwest.

At 0900 UTC (5 a.m. EDT) the Joint Typhoon Warning Center issued the final warning on Nepartak. It was a minimal tropical storm at the time with maximum sustained winds near 35 knots (40 mph/62 kph). It was near 25.1 north latitude and 118.4 longitude west. The center was located west of Quanzhou in the Fujian province of China. It was weakening quickly over land as it moved to the northwest at 9 knots (10.3 mph/16.6 kph).

By July 10, Nepartak had dissipated over China.