The Arctic could have ice-free summers surprisingly soon • Earth.com 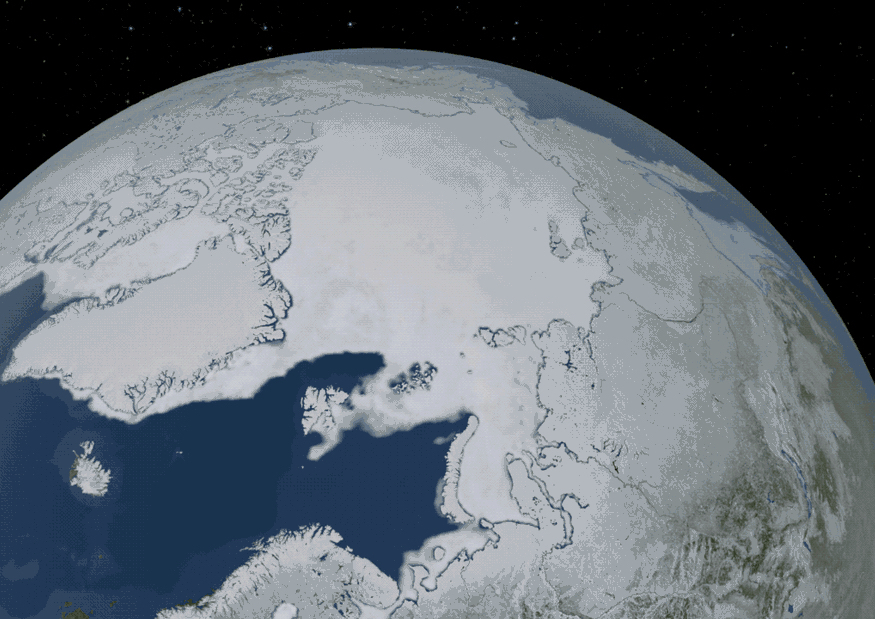 The Arctic could have ice-free summers surprisingly soon

The Arctic is losing more and more sea ice each year. According to the National Snow and Ice Data Center, January 2019 was the sixth lowest January for Arctic sea ice extent since 1979.

Sea-ice minimums are reaching a point where climate models project an ice-free Arctic between 2030 and 2050. But until now, scientists have been unable to narrow down exactly when the Arctic Ocean will have its first ice-free summer.

Researchers from the University of Exeter modeled future sea-ice extent in the Arctic and factored in a natural temperature cycle in the Pacific to help close the 20-year gap established by other climate models.

“The trajectory is towards becoming ice-free in the summer, but there is uncertainty as to when that’s going to occur,” said James Screen, an associate professor in climate science at the University of Exeter in the U.K. and the lead author of the new study.

Different climate models have been used by researchers to help predict sea-ice extent, and projections say there will be less than one million square kilometers of sea ice covering the Arctic Ocean between 2030 and 2050.

The Interdecadal Pacific Oscillation (IPO) is a temperature cycle that results in shifts in temperate that last anywhere from ten to 30 years. The IPO can cause ocean surface temperatures to increase or dip by .09 degrees Fahrenheit.

Currently, the IPO is in its warm phase and the researchers modeled sea-ice coverages factoring in both a warm phase IPO and a cold phase IPO.

The models that used the real-world IPO warm phase showed that the Arctic could ice-free seven years earlier than if the IPO were shifting to a cold phase.

“You can hedge your bets,” said Screen. “The shift in the IPO means there’s more chance of it being on the earlier end of that window than on the later end.”

However, while the IPO is warming things up, human greenhouse emissions are at the root of climate change, and the researchers say that exactly when an ice-free Arctic occurs will depend on whether or not carbon emissions continue to increase.