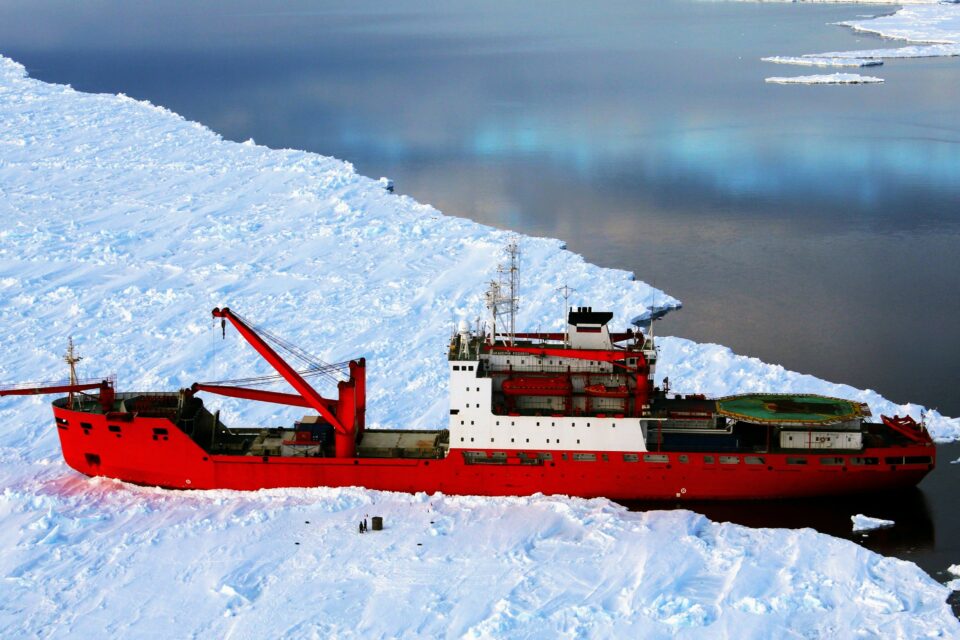 With climate change rapidly warming the world’s oceans, the future of the Arctic looks rather grim. Areas that were once covered in ice all year long are now warming so quickly that they may be ice-free for several months per years in less than two decades. These profound changes will endanger a large variety of species that thrive in freezing temperatures.

However, according to a team of climate scientists from Brown University and a legal scholar at the University of Maine, Arctic ice loss could also yield to changes in trade routes in international waters, reducing the shipping industry’s carbon emissions and weakening Russia’s current monopoly over these routes.

“There’s no scenario in which melting ice in the Arctic is good news,” said study lead author Amanda Lynch, a professor of Earth, Environmental, and Planetary sciences at Brown. “But the unfortunate reality is that the ice is already retreating, these routes are opening up, and we need to start thinking critically about the legal, environmental, and geopolitical implications.”

By modeling four navigation scenarios based on four possible outcomes of global actions to mitigate climate change, Professor Lynch and her colleagues showed that, unless leaders will manage to constrain global warming to 1.5 degrees Celsius above pre-industrial levels over the next few decades, several new routes through international waters will be opened by mid-century. Such changes will have major implications for global trade and politics.

Since 1982, when the United Nations Convention on the Law of the Sea has given Arctic coastal states enhanced authority over primary shipping routes through Article 234, Russia has almost a full monopoly on these routes. However, as the sea-ice near Russia’s coast begins to melt, the country’s control of shipping through the Arctic Ocean will most likely diminish.

“The Russians will, I’m sure, continue to invoke Article 234, which they will attempt to back up with their might,” said study co-author Charles Norchi, the director of the Center for Oceans and Coastal Law at the University of Maine. “But they will be challenged by the international community, because Article 234 will cease to be applicable if there’s no ice covered-area for most of the year. Not only that, but with melting ice, shipping will move out of Russian territorial waters and into international waters. If that happens, Russia can’t do much, because the outcome is driven by climate change and shipping economics.”

Moreover, the researchers argue that, if international Arctic waters warm enough to open new pathways, transit time will be reduced by an estimated 14 to 20 days, helping shipping companies to reduce their greenhouse gas emissions by approximately 24 percent, while also saving time and money.