For now, Arctic lakes do not pose a threat to global carbon levels • Earth.com 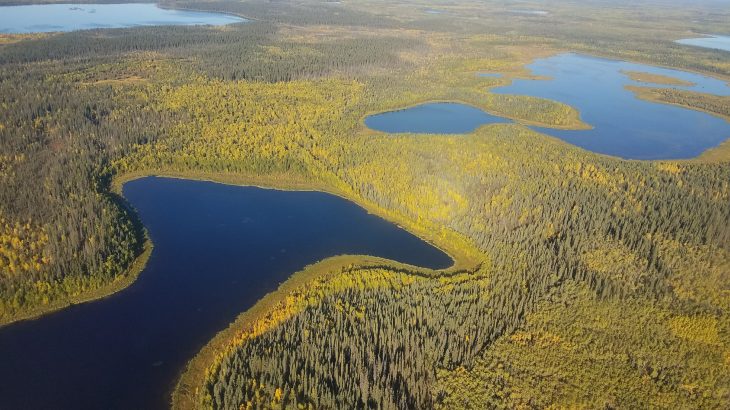 For now, Arctic lakes do not pose a threat to global carbon levels

As the Arctic continues to warm up twice as fast as the rest of the world, permafrost is beginning to thaw that has been frozen for thousands of years, releasing carbon dioxide and methane into the air and the surrounding lakes. The amount of carbon dioxide stored in the frozen soil and vegetation across the Arctic is twice the amount of CO2 that is currently in the atmosphere.

Researchers from the University of Washington and the U.S. Geological Survey set out to estimate how much carbon is being transferred into thousands of Arctic lakes and making its way into the atmosphere. They found that, at this point, the lakes are not a major threat to global carbon levels.

Study lead author Matthew Bogard is a postdoctoral researcher in the UW School of Environmental and Forest Sciences.

“We found that not all high-latitude lakes are big chimneys of carbon to the atmosphere, and that lakes in the region are not actively processing much permafrost or plant carbon from land,” said Bogard. “Documenting the heterogeneous nature of northern lakes, as we have done here, will better define the role of Arctic lakes in the global carbon cycle.”

The researchers surveyed 20 lakes in the Yukon Flats area of northeastern Alaska to track the flow of carbon through the food web and test the water for signs of carbon from permafrost. The study revealed that many lakes are functioning like self-contained units and are not releasing much carbon dioxide.

“The implications are that not all lakes are hot spots for releasing carbon from land,” said study senior author Professor David Butman. “But we don’t yet know how these particular landscapes will change in a warmer climate, since this is the first time they’ve been studied.”

The team discovered that nearly every lake that was tested showed no sign of ancient carbon from permafrost and much less CO2 production than what was expected.

“The problem that we overcame in this study is getting to some logistically very difficult places in order to get a better picture of what’s happening across the Arctic, which literally has millions of lakes,” said Professor Butman. “These findings show the need to better understand the diversity of the ecosystems in this region.”