Earth’s permafrost is warming on a global scale • Earth.com 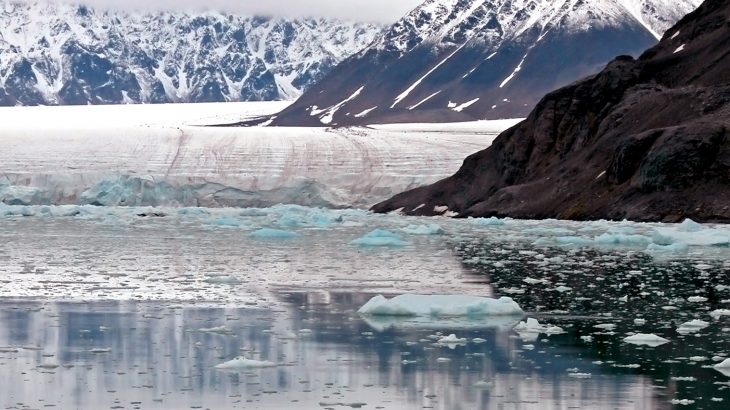 Earth’s permafrost is warming on a global scale

The world’s permafrost, layers of frozen soil that currently cover around one-sixth of the Earth’s land areas, is getting warmer due to climate change and could release dangerous greenhouse gases into the atmosphere.

Permafrost is soil that has remained frozen for at least two consecutive years, but in some regions, that ground has been frozen for millions of years. In the Arctic, the permafrost provides a sturdy foundation for infrastructure.

As permafrost soil temperatures increase, it jeopardizes the roads, houses and power lines currently built on top of it.

The Arctic and other frozen regions of the world also house large amounts of carbon and methane in the soil, and as the permafrost warms up, all of these greenhouse gasses will be released into the atmosphere and further drive climate change and warming.

Permafrost has been on the radar of many researchers, but a new comparative study shows for the first time how temperatures have increased in permafrost on a global scale.

The study was conducted by researchers by the Alfred Wegener Institute Helmholtz Centre for Polar and Marine Research and was published in the journal Nature Communications.

The researchers analyzed ten years worth (2007 to 2016) of data collected from over 123 boreholes in the Arctic, Antarctic, and different high mountain ranges.

Upon further analysis, the researchers found that the Arctic has experienced the most significant warming shifts and in some areas, temperatures rose by one degree Celsius.

“There, in regions with more than 90 percent permafrost content, the soil temperature rose by an average of 0.30 degrees Celsius within ten years,” said Boris Biskaborn, the first author of the study.

In Arctic areas with less permafrost cover, soil temperatures only rose by .2 degrees Celsius, and Biskaborn explained that this is because there is more snowfall to insulate the soil.

Overall though, the researchers found a troubling warming trend in the world’s permafrost layers.

“All this data tells us that the permafrost isn’t simply warming on a local and regional scale, but worldwide and at virtually the same pace as climate warming, which is producing a substantial warming of the air and increased snow thickness, especially in the Arctic,” said Guido Grosse, a co-author of the study and the Head of the Permafrost Research Section at the Alfred Wegener Institute. “These two factors in turn produce a warming of the once permanently frozen ground.”

Currently, the boreholes analyzed in the study are maintained and examined by over 50 different research groups that together pooled their data to make this recent study possible thanks to the efforts of the virtual Global Terrestrial Network for Permafrost (GTN-P).

“Monitoring global permafrost temperatures and gathering the data in the freely accessible GTN-P database is tremendously important – and not just for researchers, educators, and communicators, but for various other users,” said Hanne H. Christiansen, a co-author of the study. “The permafrost temperature is one of the most universally accepted climate variables. It offers a direct insight into how the frozen ground is reacting to climate change.”