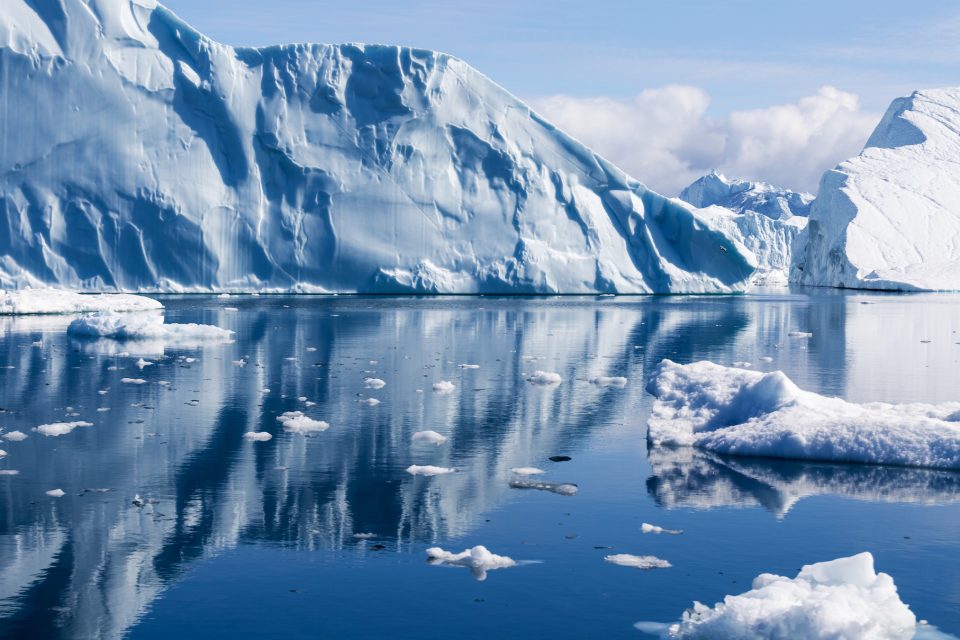 Report: Arctic has lost 95 percent of its oldest, thickest ice

The Arctic is has lost 95 percent of its oldest, thickest sea ice, according to the National Oceanic and Atmospheric Administration’s 2018 Arctic Report Card.

The Arctic Report Card is a yearly report that has been issued since 2006 to provide a comprehensive view of the Arctic and any environmental changes through the years.

This year’s report shows that Arctic sea ice covered less area compared to previous years and was thinner and younger.

The Arctic has experienced nearly record-breaking sea ice minimums yearly for the past 12 years, which highlights how vulnerable the Arctic is to climate change.

Sea ice older than four years now makes up less than one percent of all sea ice in the Arctic, according to the report.

If this trend continues, it could be disastrous for the native species that rely on sea-ice like polar bears but also for the world’s oceans which are impacted by Arctic sea ice melt.

“The oldest ice can be thought of as a kind of glue that holds the Arctic together and, through its relative permanence, helps keep the Arctic cold even in long summers,” wrote Chris Mooney, a reporter for the Washington Post.

Without a blanket of ice over the Arctic, the ocean will only get warmer as heat from the sun previously reflected away by the ice could be absorbed by the ocean.

“The Arctic is an indication of what’s coming to the rest of the globe,” Walt Meier, a sea ice expert at the National Snow and Ice Data Center told the Washington Post. “In the Arctic Ocean, a difference of 2 degrees can be huge. If it goes from 31 Fahrenheit to 33 Fahrenheit, you’re going from ice skating to swimming. … the Arctic is an early warning system for the climate.”

Sea ice volume has declined by 78 percent between 1979 and 2012, and it’s this loss of volume that is a larger cause for concerns.

“We’ve lost about half of the extent, we’ve lost half of the thickness, and if you multiply these two things, we’ve lost 75 percent of the September sea ice,” Axel Schwieger, the head of Pan-Arctic Ice Ocean Modeling and Assimilation System at the University of Washington told the Washington Post.

Using Schweiger’s and the Pan-Arctic Ice Ocean Modeling and Assimilation System, the Arctic has lost trillions of tons of ice over the years.

The sea ice declines are directly related to warmer ocean and air temperatures, and the Arctic is warming nearly twice as fast as the rest of the world.

As Arctic warming continues, unusual weather patterns and weather extremes driven by changes in the Arctic will become more and more frequent.