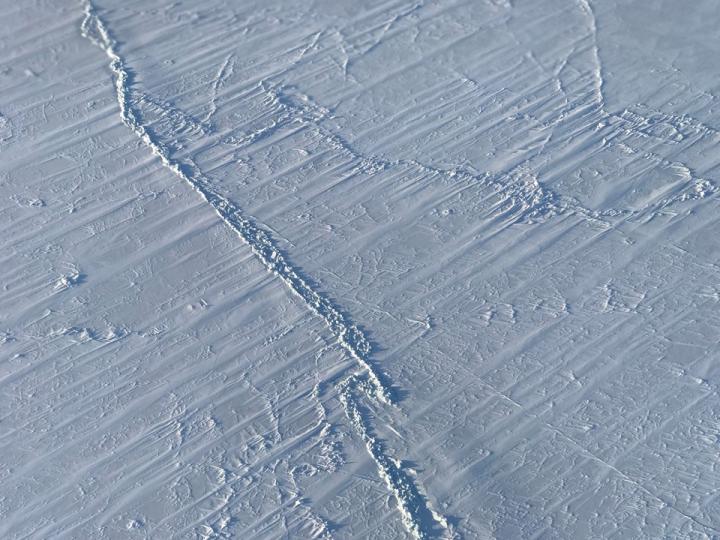 Each year, scientists in the Arctic measure the region’s sea ice extent – the peak of the winter’s growth, before the ice begins to thaw for the spring and summer.

“The Arctic sea ice cover continues to be in a decreasing trend and this is connected to the ongoing warming of the Arctic,” Dr. Claire Parkinson of NASA’s Goddard Space Flight Center said in a press release. “It’s a two-way street: the warming means less ice is going to form and more ice is going to melt, but also, because there’s less ice, less of the sun’s incident solar radiation is reflected off, and this contributes to the warming.”

Every year, sea ice in the Arctic Circle grows during the winter, peaking around mid-March, then shrinks until it reaches its minimum in September. Then, the cycle repeats.

On March 17, sea ice in the Arctic covered 5.59 million square miles – the peak for the year. That’s about 448,000 square miles smaller on average than the sea ice extent in winters from 1981 to 2010, about the size of California and Texas combined, according to the NASA researchers.

The only time the sea ice extent has been lower was in the winter of 2017. The National Snow & Ice Data Center has published an analysis of this year’s study.

This winter, the Arctic saw several unusual warm spells, at several points reaching temperatures above freezing. In February, one of these warm periods lasted several days. Cooler weather in March spurred ice growth, but not enough to lift this year out of the second-lowest spot.

At one point in February, a thick, multiyear portion of the sea ice cover north of Greenland melted, exposing open water. While that area has refrozen, it remains fragile.

“This old, thicker ice is what we expect to provide stability to the Arctic sea ice system, since we expect that ice not to be as vulnerable to melting out as thinner, younger ice,” ice research Dr. Alek Petty said. “As ice in the Arctic becomes thinner and more mobile, it increases the likelihood for rapid ice loss in the summer.”

While the Arctic is beginning its melting season at a low point, the scientists can’t predict what that means for the coming months. Chilly spring temperatures or a cooler than usual summer could prevent another record-low summer, Parkinson said.

NASA’s aerial survey project, Operation IceBridge, is currently mapping the Arctic’s sea ice cover. In the fall, the agency will launch a new satellite mission to monitor the thickness of Arctic sea ice and how it is changing.