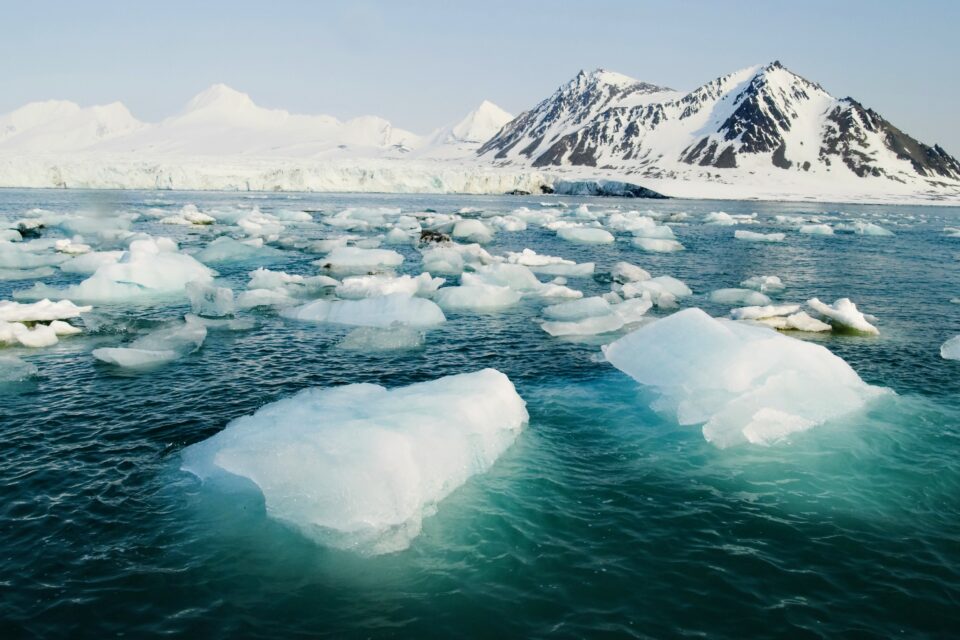 The Arctic is warming faster than any other part of the world, as evidenced by years of research that reveals how climate change signals are amplified in this frozen region. This accelerated warming has resulted in sea ice becoming thinner, which has implications for the exchange of heat between the ocean and the atmosphere, as well as for many other earth processes. However, the exact ways in which the melting sea ice impacts atmosphere–ice–ocean exchanges is a question that has been difficult to answer, given that it is not easy to make field observations in the Arctic.

A new study, published in the The Cryosphere, the journal of the European Geosciences Union, has now synthesized data from different sources, collected between 2001 and 2018, to determine the timings of sea ice annual freeze–thaw cycles in parts of the Arctic Ocean. The technology used enables the researchers to measure both the surface and the basal melt/freeze onsets, and follow variations over time, in order to understand the changes in the atmosphere–ice–ocean system in a changing Arctic.

The main source of data for this research was the approximately 100 ice mass balance buoys (IMBs) that have been deployed in the Arctic Ocean since 2000. These instruments are equipped with sensors to measure snow accumulation and melting, ice growth and melt, and internal ice temperature. The acoustic sounders on the IMBs measure the distance to the ice surface and ice base with a resolution of ±1 cm, which allows both melt and freeze onsets of the ice surface and ice base to be identified with high reliability. These can also be related to near-surface air temperature.

The data on ice thickness from the IMBs were compared to results calculated from satellite passive microwave data. In addition, the researchers used upward-looking sonars on moorings and, combining all these sources of data, were able to obtain the first ever complete picture of sea ice freeze-thaw cycles in the Arctic. Their findings could improve our understanding of changes in the atmosphere–ice–ocean system and the mass balance of sea ice in a changing Arctic.

The researchers found that the overall average freeze onset of Arctic multiyear ice occurred almost 3 months later at the basal region than at the surface. “Based on synchronous ice and underlying ocean observations, we found the ice basal freeze-up delay relative to the surface, which can be attributed to the regulation of heat capacity of sea ice itself and the oceanic heat release from the ocean mixed layer and subsurface layer,” said study lead author Long Lin from the Polar Research Institute of China.

“Thinner ice thickness and thinner snow cover favors earlier basal freeze onset. The ocean plays a cross-seasonal role in regulating the growth or decay of sea ice.” According to Lin, although thinner ice generally experiences a longer freezing season, the total ice growth still cannot offset the sea ice loss in summer. “From another point of view, the self-regulation of the Arctic sea ice–ocean system will delay the loss of Arctic sea ice.”

The researchers also found that the most significant differences in timing of melt onsets between surface and bottom occurred in the Beaufort Gyre region, where basal melt onsets occurred more than half a month earlier than at the surface. In addition, both multiyear ice and first-year ice in this region exhibit a trend towards earlier basal melt onset, which can be attributed to the earlier warming of the surface ocean caused by thinning of sea ice thickness and increasing of sea ice mobility.

These results present the first complete picture of Arctic sea ice freeze-thaw cycle, and its coupling with conditions in the atmosphere above, and the ocean below. It also highlights the importance of synchronous comprehensive monitoring of the atmosphere–ice–ocean system, which helps explain the physical nature of the coupling process.

The researchers call for more intensive and collaborative ice mass balance observations of diverse ice types, and simultaneous observations of upper ocean water properties in the future. This, they hope, will vastly improve our ability to fully understand the Arctic ice–ocean system.