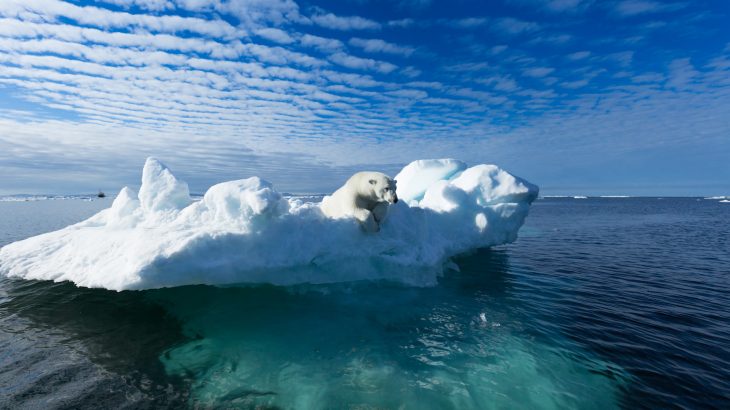 UN report warns that Arctic warming is now ‘locked in’

A new report released by the United Nations (UN) shows that limiting CO2 emissions per the Paris Climate Agreement will not be enough to prevent warming in the Arctic.

The report, titled “Global linkages: A graphic look at the changing Arctic,” provides a clear picture of the global impacts of emissions on climate change and how changes in the Arctic and Greenland will be felt all over the world.

“From outside, the Arctic is seen as distant and out of mind, a vast homogeneous region,” the report states. “But if you look at it from a different perspective, you will see it is very much connected to the rest of the world.”

The biggest takeaway is that even if emissions are reduced, irreversible temperature increases are now “locked in” for the Arctic.

Even if nations work together to cut emissions and limit warming to well below 1.5 to two degrees Celsius, temperatures in the Arctic will still continue to rise three to five degrees Celsius by 2050, the report found.

It is well known that the Arctic and polar regions of the world are some of the most vulnerable to increases in atmospheric greenhouse gas emissions, and already sea ice in the Arctic has decreased by 40 percent over past forty years.

“The urgency to achieve the goals of the Paris Agreement is clearly manifested in the Arctic, because it is one of the most vulnerable and rapidly changing regions in the world,” said Kimmo Tiilikainen, the Finnish Minister of the Environment, Energy, and Housing, in a statement. “We need to make substantial near-term cuts in greenhouse gas emissions, black carbon and other so-called short-lived climate pollutants all over the world.”

The report warns that the Arctic could be entirely ice-free in the summer by 2030.

Home to nearly four million people, warming in the Arctic will cause damage to infrastructure as the once dependable thick layer of permafrost, that many communities, homes, and roads in the Arctic are built upon, will destabilize as warming continues.

If warming increases in the Arctic, it will drive sea level rise to catastrophic levels and devastate coastal communities.

“What happens in the Arctic does not stay in the Arctic,” said Joyce Msuya, UN Environment’s Acting Executive Director. “We have the science; now more urgent climate action is needed to steer away from tipping points that could be even worse for our planet than we first thought.”