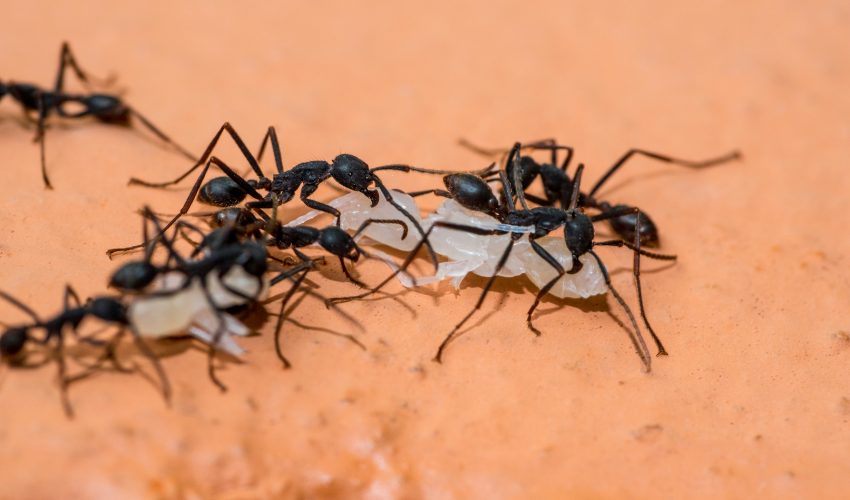 The soldiers in an army ant colony may be bigger than other ants in the group, but it turns out their brains are relatively small for their size because of the limited number of tasks they need to perform.

Researchers led by Drexel University examined different army ant colonies to see if the ants with more demanding jobs had larger brains despite their size.

Army ant soldiers are massive compared to other worker ants in the nest but their size is necessary for defending the colony and fighting.

Because of their limited tasks compared to workers who attend to the colony, transport food, and care for the queen and her babies, the researchers hypothesized that brain development is also limited for soldiers.

The team compared total brain size and body size for 109 workers and 39 soldiers from eight different species and subspecies of army ants.

“To compare different types of ant castes – soldiers and other workers – we took advantage of the dramatically distinct soldier class of workers in Eciton army ant colonies,” said Sean O’Donnell, the lead author of the study. “Soldiers are morphologically distinct – they are bigger than their nest mates – but also behaviorally distinct: they have a simpler behavioral repertoire. Our findings support the idea that the simple behaviors of soldiers allow for reduced investment in brain development.”

For soldiers, the antennal lobes and mushroom bodies were smaller than worker ants but their brain size was not much different.

The antennal lobes receive and process olfactory information, which is crucial for finding food and survival and it makes sense that worker ants who gather food for the colony would have larger lobes.

Ants and many other insects are eusocial which means that within the hive, nest or colony there is a specific caste system and every insect has a role that benefits the group as a whole.

With army ants, the study shows that brain development that doesn’t serve the colony is unnecessary and deemed too great a cost.

“We believe this is the first study to explore the possibility of reduced brain investment in social group members, with the evolutionary advantages accruing at the colony level, despite potential cognitive costs to the individuals,” said O’Donnell. “Most previous studies of this kind compared different species or explored which factors could favor increased brain investment at the individual level. Our study explores how a reduction in behavioral capacity, and an associated reduction in brain investment in individuals, could benefit social groups as a whole.”