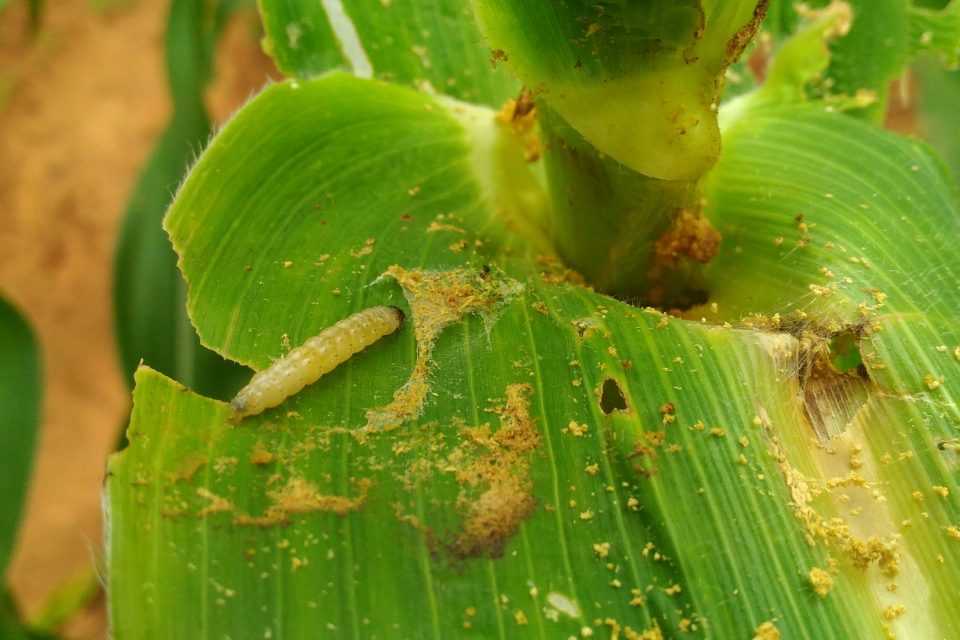 The fall armyworm is one of the most destructive pests in the world. The armyworm is actually the larval stage of the Spodoptera frugiperda moth, but it’s in this stage that the insect can wreak havoc on crops.

The armyworm isn’t picky and can feed on more than 80 plant species.

Researchers are racing to find ways to control and manage fall armyworm invasions, especially in countries in Africa where in recent years, the pest has destroyed billions of dollars worth of crops.

The fall armyworm is native to tropical and subtropical regions of the Americas but was recently detected in Nigeria in 2016, according to the US Food and Agricultural Organization. By 2017, the fall armyworm spread to 28 countries in Africa.

Last week during trade talks between Japan’s Prime Minister Shinzo Abe and President Trump, it was agreed that Japan would buy excess US corn because of armyworm infestations.

There are now fears that the pest will spread to Australia and Europe.

Predators in South America and the southern US help manage fall armyworm populations. It’s still not known how the armyworm spread to Africa but the damage it can do, even in one night, is considerable.

Roger Day from the Centre for Agriculture and Bioscience International office in Kenya has been monitoring the fall armyworms steady march across sub-Saharan Africa, and the pest has become a main priority.

Day and a team of researchers estimated that uncontrolled armyworm infestations could cost $6.2 billion in crop damages.

“The caterpillars eat rice, sugar cane and maize, and can destroy a farmer’s entire crop in a night,” Day told New Scientist.

Currently, there are four strategies to help manage armyworm infestations according to Toby Bruce from Keele University in the UK.

Step one is to identify and grow crops that are more resistant to armyworms. Next, researchers have suggested growing plants next to the maize that specifically repel the moths from laying their eggs. The third strategy includes growing special crops that can lure the moths away from the maize.

The last step involves releasing predators that can feed on the armyworms and keep infestations in check like parasitoid wasps.

However, importing such wasps to countries in Africa will need to be conducted safely to ensure that there aren’t any risks to local biodiversity and ecosystems.

A possible solution could be finding parasitoid wasps species that are native to Africa to control the armyworms.

Other options for managing infestations include planting genetically modified crops, but many are banned in countries in Africa and are not easily accessible for small farmers.

So far, the armyworm has yet to make its way into Europe or Australia, but it may just be a matter of time which is why finding ways to manage and control the pests is vital.