Artificial sweetener has been linked to anxiety • Earth.com 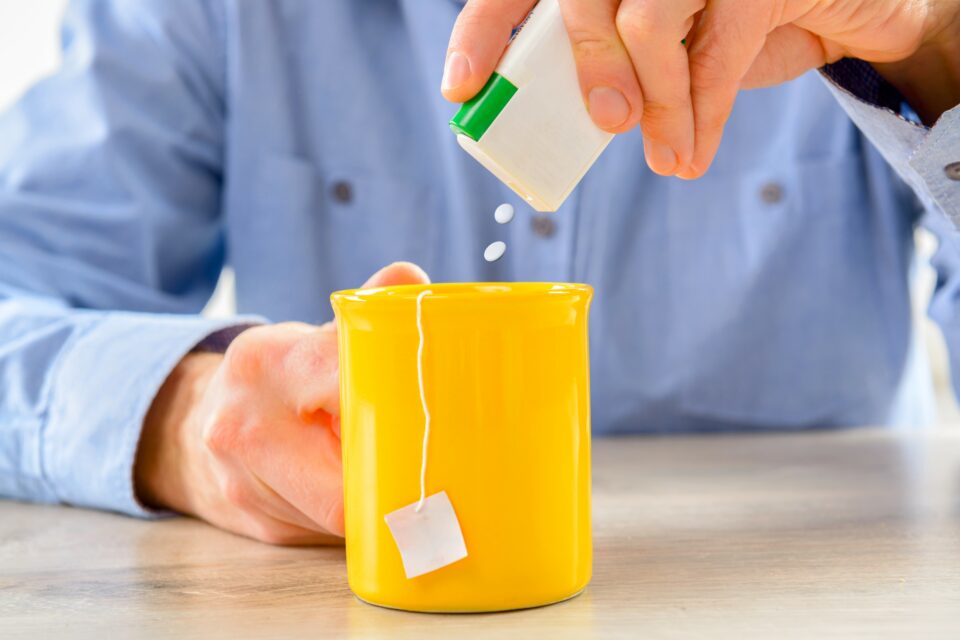 Artificial sweetener has been linked to anxiety

A new study led by Florida State University (FSU) has linked aspartame – an artificial sweetener found in almost 5,000 diet foods and drinks – to anxiety-like behaviors in mice. Moreover, besides triggering anxiety in mice that consumed it, aspartame had such effects up to two generations from the males exposed to the sweetener.

“What this study is showing is we need to look back at the environmental factors, because what we see today is not only what’s happening today, but what happened two generations ago and maybe even longer,” said study senior author Pradeep Bhide, an expert in Developmental Neuroscience at FSU.

After the U.S. Food and Drug Administration (FDA) approved aspartame as a sweetener in 1981, its use increased dramatically. Nowadays, almost 5,000 metric tons of this sweetener are produced each year. When consumed, this product transforms into aspartic acid, phenylalanine, and methanol – substances which can have potent effects on the central nervous system.

To study aspartame’s effects on mice, the researchers provided them with drinking water containing the sweetener at about 15 percent of the FDA-approved maximum daily intake for humans. The dosage – equivalent to six to eight 8-ounce cans of diet soda a day for humans – continued for 12 weeks in the context of a longitudinal study that extended to four years.

By using a variety of maze tests, the scientists observed pronounced anxiety-like behavior in the mice across multiple generations descended from those that were initially exposed to the substance. “It was such a robust anxiety-like trait that I don’t think any of us were anticipating we would see,” said study lead author Sara Jones, a doctoral student at FSU. “It was completely unexpected. Usually you see subtle changes.”

When given diazepam, a drug used to treat anxiety in humans, the mice in all generations ceased to exhibit anxiety-like behavior.

In future studies, the scientists plan to explore the effects of aspartame on memory, and to identify the molecular mechanisms which influence the transmission of the sweetener’s effect across several generations.