3 times more asteroids are hitting Earth than in the age of dinosaurs • Earth.com 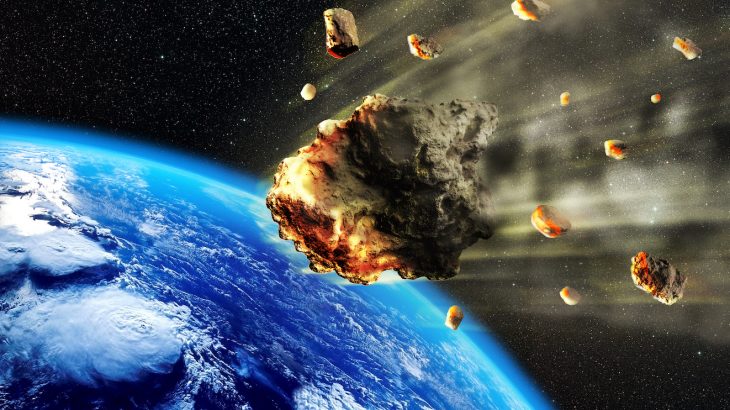 A new study from the University of Southampton has found that the number of asteroids hitting the Earth and Moon has increased by up to three times over the past 290 million years. These findings were published January 17th in Science.

Researchers have turned to the Moon for answers regarding Earth’s developing asteroid impact rate. Previously, scientists have used craters in the Earth to determine age and rate of impact, however erosion and other geological processes have most likely changed said craters over time, therefore impacting age estimates. The Moon, on the other hand, is hit by asteroids at the same rate as Earth and is not impacted by Earthly processes like shifting tectonic plates.

“The only obstacle to doing this has been finding an accurate way to date large craters on the Moon”, the study’s co-author and asteroid expert at the Southwest Research Institute in Boulder, Colorado, William Bottke, said.

However, the team was able to do so using thermal data and images from the Moon, collected by NASA’s Lunar Reconnaissance Orbiter (LRO). LRO’s thermal radiometer revealed how heat radiates off of the Moon’s surface and how larger rocks give off more heat than smaller ones.

Co-author Rebecca Ghent, a planetary scientist at the University of Toronto and the Planetary Science Institute in Tucson, Arizona, was then able to calculate the rate at which Moon rocks break down into soil. She found that the number of larger rocks surrounding a crater correlate with the crater’s age — younger craters are often covered by rocks and boulders, whereas boulders in and around older craters have been worn down over the years by constant meteorite showers. Using her technique, the team dated all the lunar craters that are younger than a billion years old.

After comparing the ages of craters on the Moon to those on the Earth, the team found that the crater ages are similar.

“This means that the Earth has fewer older craters on its most stable regions not because of erosion, but because the impact rate was lower prior to 290 million years ago,” Bottke said.

“Proving that fewer craters on Earth meant fewer impacts — rather than loss through erosion — posed a formidable challenge,” added co-author Dr. Thomas Gernon, Associate Professor in Earth Science at the University of Southampton.

The rate of crater formation caused by asteroid strikes has tripled within the past 290 million years, and the reason for this is still unknown. But the team hypothesizes that the uptick in asteroid hits could have been caused by large collisions taking place in the main asteroid belt between Mars and Jupiter more than 290 million years ago. Therefore, the debris from these collisions could have reached the inner solar system and come into contact with the Moon and Earth.