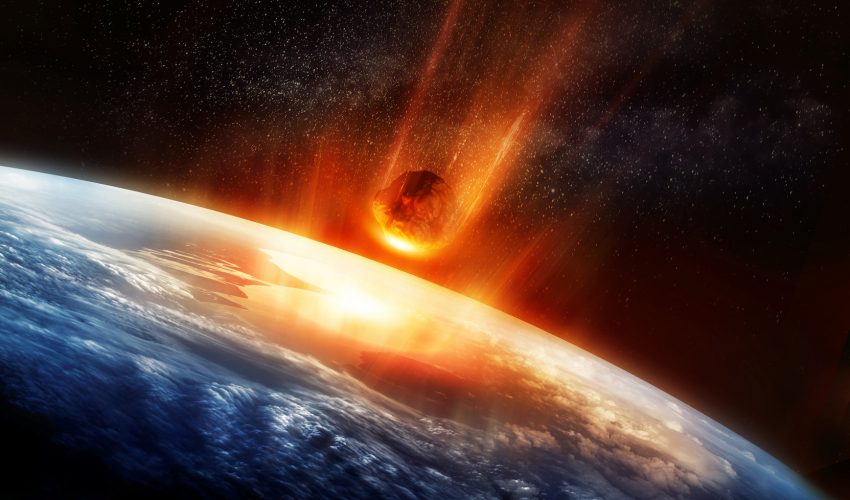 An asteroid that hit the Gulf of Mexico 66 million years ago, wiping out dinosaurs, “could not have hit a worse place on Earth,” the BBC reported in a documentary about scientists who drilled into the impact crater.

The researchers recovered rocks from under the Gulf of Mexico that were hit by the asteroid.

The shallow Gulf caused massive volumes of sulphur (from the mineral gypsum) to be injected into the atmosphere, extending the “global winter” period that followed the immediate firestorm, the BBC said.

“This is where we get to the great irony of the story – because in the end it wasn’t the size of the asteroid, the scale of blast, or even its global reach that made dinosaurs extinct – it was where the impact happened,” said Ben Garrod, presenter of  “The Day The Dinosaurs Died.”

If the asteroid had instead hit the deeper Atlantic or Pacific oceans, there would have been far less vaporized rock, including gypsum, the BBC said.

“The cloud would have been less dense and sunlight could still have reached the planet’s surface, meaning what happened next might have been avoided,” Garrod said. “In this cold, dark world, food ran out of the oceans within a week and shortly after on land. With nothing to eat anywhere on the planet, the mighty dinosaurs stood little chance of survival.”

Much of the crater is now buried offshore. Scientists on a drill rig last year off Mexico’s Yucatan Peninsula, recovered rock cores 1,300 meters beneath the Gulf. The lowest sections of this material were from a feature within the crater called the peak ring.

Through analyzing the crater, the research team aims to trace how the asteroid impact played out and how it altered the environment.

Scientists know the energy that went into making the crater when the asteroid struck is equivalent to 10 billion Hiroshima A-bombs, the story said.

On the day of the impact, there was a massive death of creatures, the BBC said, citing a quarry in New Jersey where 25,000 fossils have been recovered.

“All these fossils occur in a layer no more than 10 cm thick,” palaeontologist Ken Lacovara told the BBC. “They died suddenly and were buried quickly. It tells us this is a moment in geological time. That’s days, weeks, maybe months. But this is not thousands of years; it’s not hundreds of thousands of years. This is essentially an instantaneous event.”