Asteroid will pass by Earth so closely that it will be visible from the ground • Earth.com 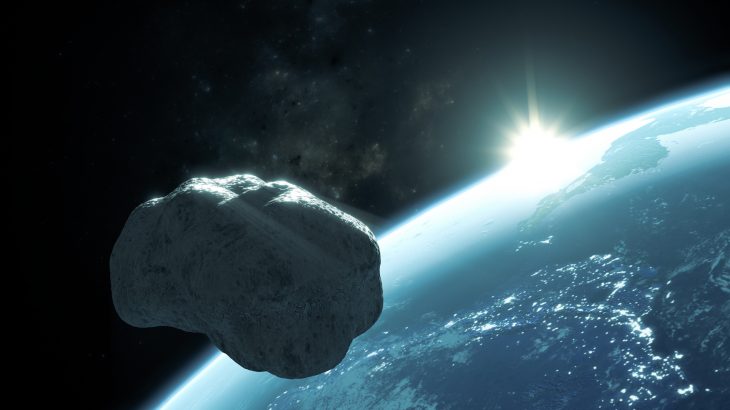 A decade from now, an asteroid called 99942 Apophis, named after the Egyptian god of chaos, will whiz by Earth coming as close as 19,000 miles above the surface.

It will come so close to our planet that it will be visible to the naked eye. Apophis was first discovered in 2004 by a team of astronomers from the Kitt Peak National Observatory, and we’ve been tracking the asteroid ever since.

Luckily, researchers have ruled out the possibility that Apophis, measuring a mega 1,100 feet wide, will collide with Earth even through its trajectory will put it in the same distance as some of Earth’s satellites and spacecrafts that currently orbit Earth.

There’s about a less than one in 100,000 chance that Apophis will impact Earth many decades from now, according to NASA’s Jet Propulsion Laboratory.

On April 13th, 2029, the asteroid will streak across the sky and will first be visible as it makes its way over the Southern Hemisphere. At its closest approach, the asteroid is projected to move so fast across the Atlantic Ocean that it will cross the ocean in an hour and cover the width of the moon in a minute.

Scientists are clamoring for a chance to study the asteroid as its close approach will present a rare research opportunity. At the 2019 Planetary Defense Conference in College Park, Maryland this week, discussions are already underway about how to observe the event and potential research missions.

“The Apophis close approach in 2029 will be an incredible opportunity for science,” said Marina Brozović, a radar scientist at NASA’s Jet Propulsion Laboratory. “We’ll observe the asteroid with both optical and radar telescopes. With radar observations, we might be able to see surface details that are only a few meters in size.”

What makes Apophis especially noteworthy is that asteroids of its size rarely pass so close to Earth, although the close encounter will not leave Apophis unscathed, according to researchers.

“We already know that the close encounter with Earth will change Apophis’ orbit, but our models also show the close approach could change the way this asteroid spins, and it is possible that there will be some surface changes, like small avalanches,” said Davide Farnocchia, an astronomer at JPL’s Center for Near Earth Objects Studies.