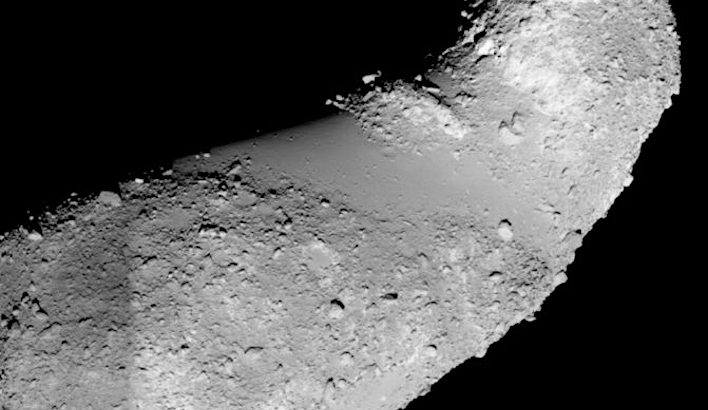 The first-ever measurements of water have been found on samples taken from the surface of asteroid Itokawa. A team led by Ziliang Jin, a postdoctoral scholar at Arizona State University’s School of Earth and Space Exploration, and Maitrayee Bose, an assistant professor at the School of Earth and Space Exploration, made the discovery. They share their findings in the May 1st issue of Science Advances.

The presence of water on the asteroid surface suggests that similar asteroids could have delivered as much as half of Earth’s ocean water at the very beginning of our planet’s history.

“We found the samples we examined were enriched in water compared to the average for inner solar system objects,” Jin said. The fragments of Itokawa were collected by the Japanese space probe Hayabusa, and before the team approached the Hayabusa project with their desire to investigate potential water on the asteroid, the theory was never considered.

“Until we proposed it, no one thought to look for water,” Bose said. “I’m happy to report that our hunch paid off. It was a privilege that the Japanese space agency JAXA was willing to share five particles from Itokawa with a U.S. investigator. It also reflects well on our School.”

Itokawa currently circles the Sun about every 18 months in an orbit that takes it close to Earth and then a bit beyond Mars. It’s about 1,800 feet long and 700-1,000 feet wide. It’s classified as a S-class asteroid. 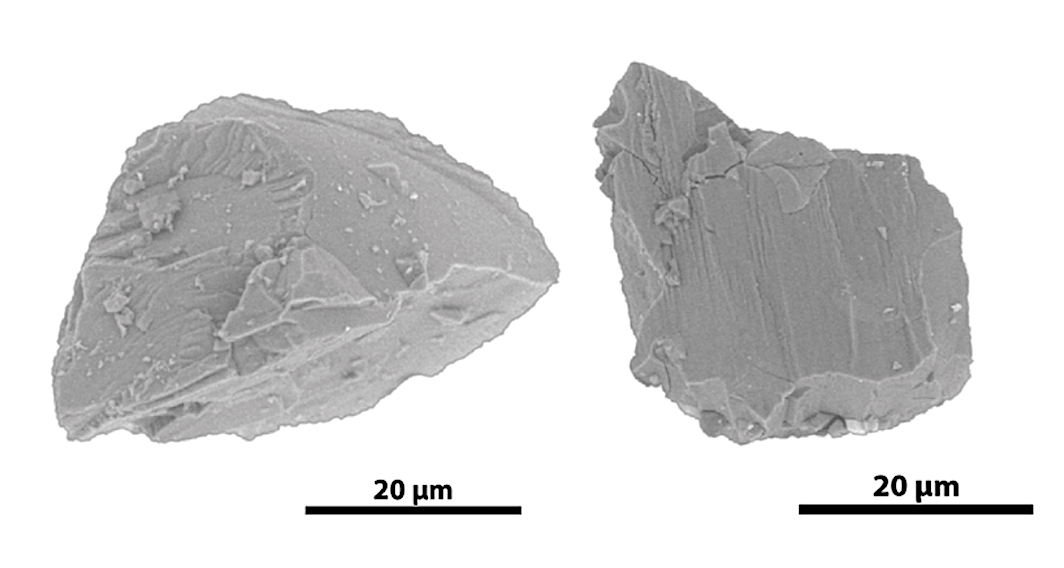 “S-type asteroids are one of the most common objects in the asteroid belt,” Bose said. “They originally formed at a distance from the Sun of one-third to three times Earth’s distance.”

“The particles we analyzed came from a part of Itokawa called the Muses Sea,” she continued. “It’s an area on the asteroid that’s smooth and dust-covered.”

“Although the samples were collected at the surface, we don’t know where these grains were in the original parent body,” Jin added. “But our best guess is that they were buried more than 100 meters deep within it.”

Jin, Bose, and their team were able to find pyroxene in two of the five Itokawa particles — a mineral that contains water in its crystal structure. Therefore, they had hope that Itokawa contained some bits of water. They used ASU’s Nanoscale Secondary Ion Mass Spectrometer (NanoSIMS) to study the samples, each being thinner than a strand of human hair. The NanoSIMS found that both particles in question were rich with water.

“The Hayabusa mission to Itokawa has expanded our knowledge of the volatile contents of the bodies that helped form Earth,” Bose said. “It would not be surprising if a similar mechanism of water production is common for rocky exoplanets around other stars.”