Asteroid's surprise near miss has scientists eyeing the sky • Earth.com 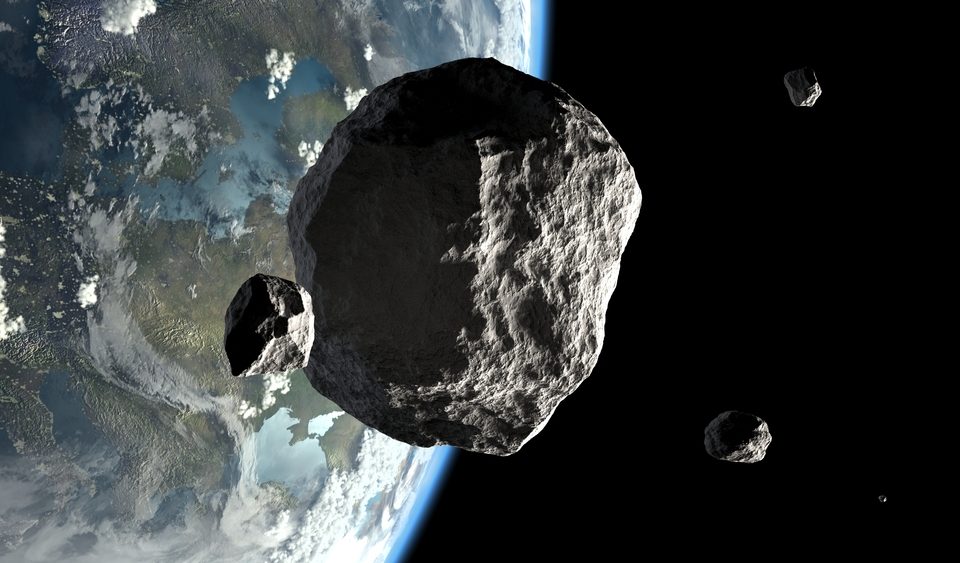 Asteroid's surprise near miss has scientists eyeing the sky

On July 25, scientists got a shock from space: an asteroid the size of a football field passed by Earth in a near miss. Dubbed 2019 OK, the asteroid came just over 40,000 miles from the planet – closer than the Moon.

And scientists didn’t see it coming until the day before it whizzed by.

Enter cutting edge new telescopes like Flyeye. The European Space Agency has been developing the automated telescope to avoid situations like last month’s near miss. Flyeye would be one of a network of telescopes programmed to recognize and flag potential near-Earth objects like asteroids and large meteors. Then, scientists could review any flagged items for potential dangers to the planet’s surface.

The asteroid was first spotted by the Southern Observatory for Near-Earth Asteroids Research just a day before it passed Earth. The ESA watched 2019 OK using the International Scientific Optical Network just before its near miss.

“With the ISON observations we were able to determine the distance of the close approach incredibly accurately,” Dr. Marco Micheli of ESA’s Near-Earth Object Coordination Centre said.

The scientists plan to use recordings of the asteroid’s approach in programming automated telescopes in the future.

“This ‘un-recognition’ of an asteroid, despite it being photographed, will be used to test the software going into ESA’s upcoming asteroid-hunting telescope, the Flyeye,” said Dr. Rüdiger Jehn, ESA’s Head of Planetary Defence.

This isn’t the first near miss researchers have been focused on recently. Scientists have worried that an asteroid could collide with the planet in September – though those fears may be unfounded. Another asteroid is on course to pass by Earth with a mere 19,000 miles to spare. It will be so close, it will be visible to the naked eye, researchers said.

It has people so worried that many feel an asteroid defense system is more important than a planned lunar base.

The ESA hopes that its system of Flyeye telescopes will help spot dangerous asteroids in the future. The agency is also working on Hera, a project that would aim to redirect dangerous near-Earth objects.