Poll: Americans think asteroid protection is more important than a lunar base • Earth.com 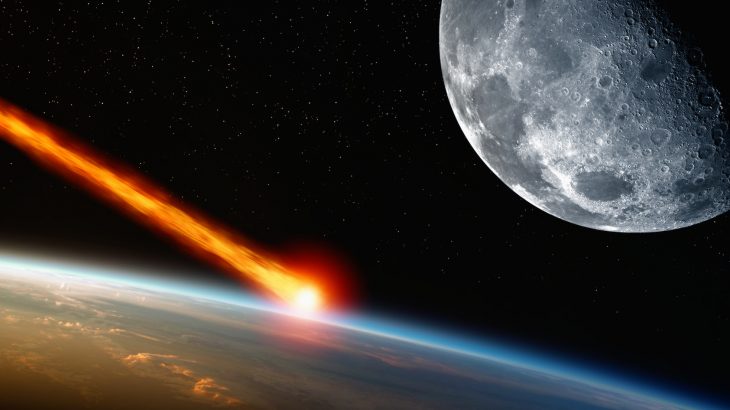 Poll: Americans think asteroid protection is more important than a lunar base

President Donald Trump yet again teased his new plans for a Space Force during a campaign rally this week, stating that on top of a military space branch, the United States would also “lay the foundation” for a human-crewed Mars mission.

But according to a new poll, most Americans don’t want the government and the National Aeronautics and Space Administration (NASA) to make these projects a priority, preferring that funds be spent on more pressing issues like protection from an asteroid strike.

The Associated Press-NORC Center for Public Affairs Research conducted a poll to see how Americans felt about new space exploration initiatives like building a lunar base or getting to Mars.

The results of the poll, released one month before the 50th anniversary of the Apollo 11 moon landing, show that most Americans say that NASA’s priorities should be focused elsewhere.

Those surveyed were given a list of nine goals announced by NASA and asked to rate them in order of importance.

Nearly two-thirds of those polled agreed that asteroid and comet monitoring should be the top objective for the space program, according to the Associated Press.

Nine out of ten said that protecting Earth from asteroid collisions was moderately important.

When it came to space exploration, many said that robots should be sent out into the cosmos while more time is invested in climate change mitigation and other issues here on Earth.

Six out of ten of those polled did say that exploring the solar system should be next after asteroid monitoring, but half agreed robots could get the job done.

In last place were colonizing other planets and establishing a military space force.

34 percent agreed that searching for life was very important, and efforts should continue on that front.

When asked to choose between Mars and the Moon, 37 percent chose Mars, but 43 percent said neither should be on NASA’s to-do list.

NASA hopes to send a crew to the moon by 2024, and four out of ten Americans are in favor of the project.

Although people seem to have lukewarm feelings about the future of space exploration, importantly, the majority of those surveyed agreed that the costs of funding NASA and its projects are justified.