First astronauts to Mars could moonlight as space farmers • Earth.com 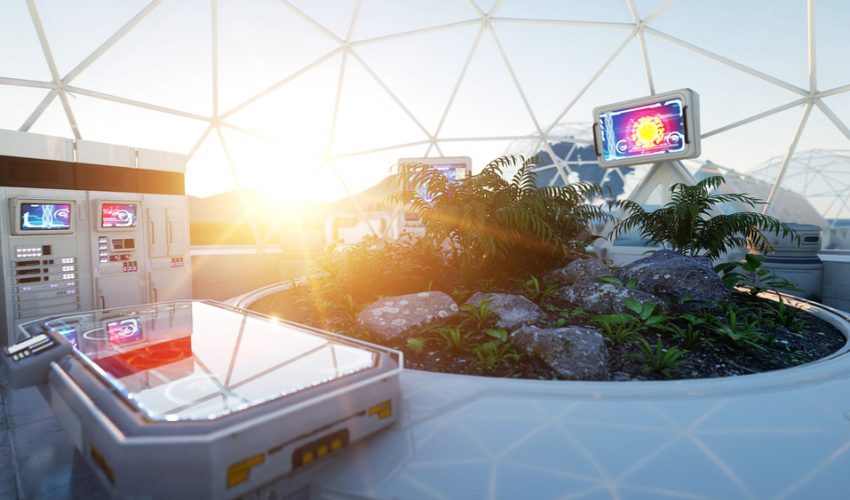 First astronauts to Mars could moonlight as space farmers

In order to get to the Red Planet with everyone aboard safe and healthy, astronauts on the first manned mission to Mars will need to be space farmers, too.

Both government-funded space agencies like NASA and their private colleagues such as SpaceX are planning a return to the Moon. The last time humans went to the Moon – or, in fact, beyond low-Earth orbit – was 1972.

Some of that exploration and research will focus on growing crops in space – a necessity for the months-long voyage to Mars.

Agriculture in space isn’t a new idea. A staple of science fiction stories, it’s also been a focus of research since the 1950s and 1960s. It’s also yielded plenty of new techniques and technology for Earth-based agriculture.

“As a result of these studies for space agriculture, novel technologies and findings have been produced; this includes the first use of light emitting diodes for growing crops, one of the first demonstrations of vertical agriculture, use of hydroponic approaches for subterranean crops like potato and sweetpotato, crop yields that surpassed reported record field yields, the ability to quantify volatile organic compound production (e.g., ethylene) from whole crop stands, innovative approaches for controlling water delivery, approaches for processing and recycling wastes back to crop production systems, and more,” Dr. Raymond M. Wheeler, a plant physiologist for NASA, wrote in a new article reviewing past studies into growing plants in space.

For example, a 1980s NASA experiment grew wheat, soybeans, potatoes, sweet potatoes and lettuce in a controlled environment similar to a space station. Those first tests led to a second round where researchers grew plants in a closed atmosphere – with no outside oxygen allowed in – similar to those astronauts live in when on the space station or in the space shuttle.

Scientists in Japan and China have taken the research even further, creating closed environments where plants can support two to three humans (or two humans and two goats).

The experiments could make a journey to Mars much more feasible. Although the International Space Station uses a solar-powered process called electrolysis to convert carbon dioxide into breathable oxygen, a thriving plant community on the trip to Mars can produce the same results, providing a second source of air supply for the astronauts.

The plants can also provide much-needed nutrients and supplement their diets.

And, as Wheeler’s article shows, the new discoveries and innovations made while conducting Mars research with plants can boost Earth-based agricultural production.

“Dr. Ray Wheeler has written a compelling and complete history of the people that have committed their careers to enabling the colonization of space,” Dr. Gary W. Stutte, a fellow NASA researcher, said in a press release. “Drawing upon his deep understanding of the programs developed, people involved, and progress achieved to highlight the accomplishments and contributions of scientist and engineers around the world to bring the vision of space exploration to fruition, he details the problems, challenges, results and contributions from the programs, and reveals how they benefited Earth, as well as space.”

Wheeler’s article has been published in the journal Open Agriculture.