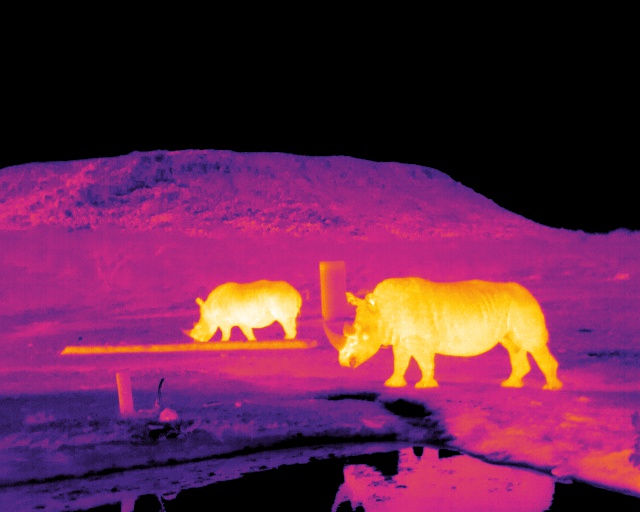 Protecting endangered species is a difficult and time-consuming endeavor, especially in areas where poaching is heavily present. This makes any technological advancement that can aid in the protection of these species while also curbing the effects of poaching vitally important. In this vein, a collaboration between ecologists and astrophysicists at Liverpool John Moores University (LJMU) has led to a new use for astrophysical software, helping to identify animals through infrared imagery captured by drones – even at night, when poaching is at its most prevalent.

Drones are used to survey significant portions of land from the sky, which helps ecologists access areas with difficult terrain and monitor wildlife without disturbing the animals.

“With thermal infrared cameras, we can easily see animals as a result of their body heat, day or night, and even when they are camouflaged in their natural environment,” says Claire Burke. “Since animals and humans in thermal footage ‘glow’ in the same way as stars and galaxies in space, we have been able to combine the technical expertise of astronomers with the conservation knowledge of ecologists to develop a system to find the animals or poachers automatically.”

This technology is made possible through machine-learning algorithms and astronomical detection tools that were developed using the open source software, Astropy. The research team at LJMU has worked with Knowsley Safari and Chester Zoo to compile libraries of imagery in order to train the software to recognize various species of animals across numerous landscapes. The team is now beginning their field tests identifying endangered species.

“We held our first field trial in South Africa last September to detect Riverine rabbits, one of the most endangered species of mammal in the world,” says Burke. “The rabbits are very small, so we flew the drone quite low to the ground at a height of 20 meters. Although this limited the area we could cover with the drone, we managed five sightings. Given that there have only been about 1000 sightings of Riverine rabbits by anyone in total, it was a real success.”

Because vegetation can sometimes conceal animals to thermal imaging by blocking their body heat, the team developed software that models these effects, allowing animals that would normally be hidden by trees or leaves to be identified. The software is currently being upgraded in order to better handle atmospheric effects, such as weather and other environmental factors. The biggest issues currently facing the system are dealing with humidity and identifying animals when the temperature of the ground is similar to the temperature of the animal.

Next month, the researchers will be testing this new technology in Malaysia and Mexico, looking for orangutans and spider monkeys respectively. They will also be taking to the water to search for river dolphins in Brazil.

“Our aim is to make a system that is easy for conservationists and game wardens to use anywhere in the world, which will allow endangered animals to be tracked, found and monitored easily and poaching to be stopped before it happens,” says Burke.