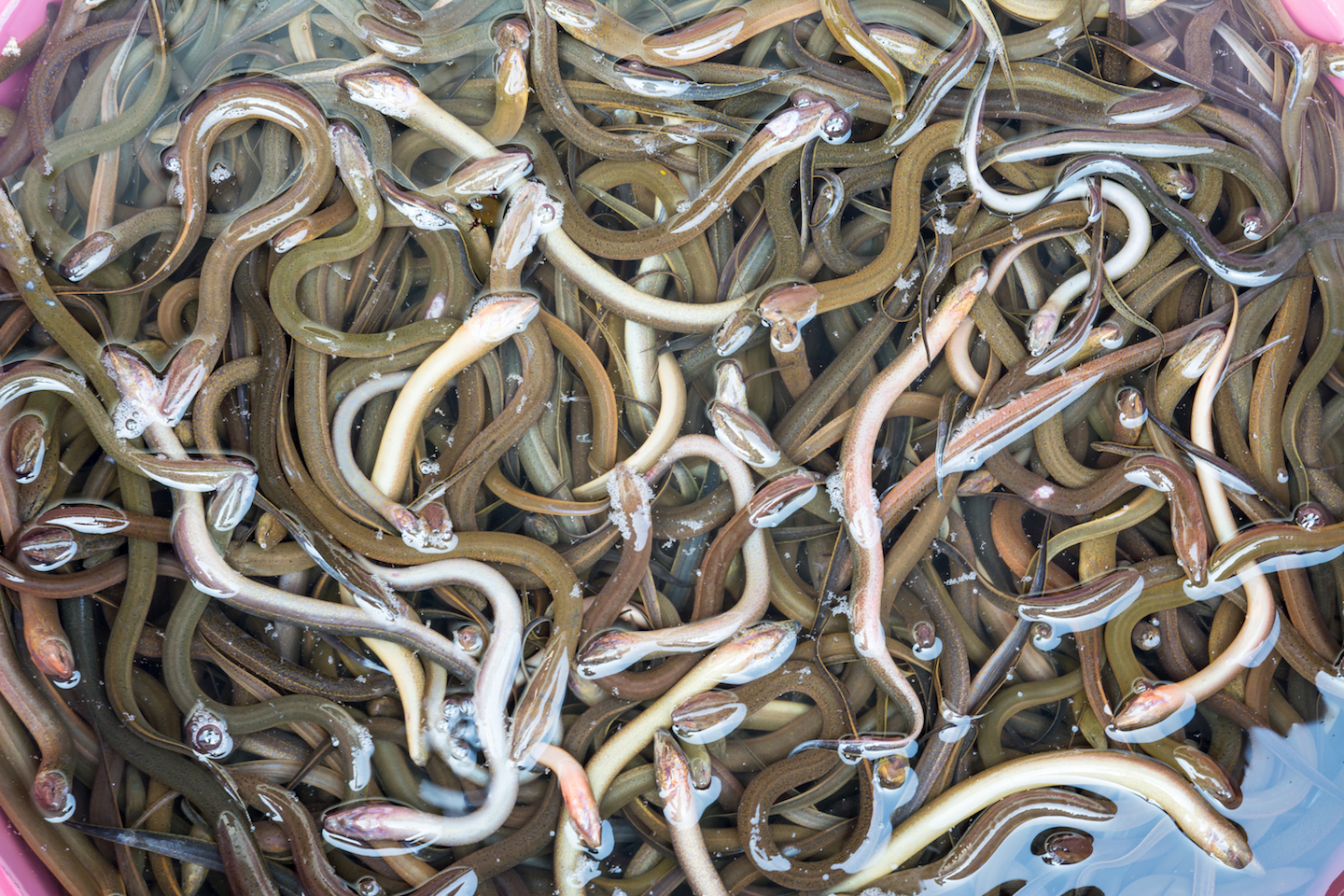 A huge increase in the value of American eels has given rise to a lucrative black market. Along the eastern coast of the United States, illegal harvesting of baby eels is putting dangerous pressure on the species. A massive federal investigation was organized to put an end to the unlicensed eel trade.

American baby eels, also known as elvers or glass eels, are only legally harvested in Maine and South Carolina. They are often sold to Asia where they are raised in farm ponds and sold as food. Besides a huge demand in Japanese restaurants, eels are also very popular in the American sushi industry and are a delicacy in Asia.

The overfishing of eels in Japan and Europe led to drastic population declines over the last decade. This created an unprecedented demand for American baby eels, and their value skyrocketed to over $2,000 a pound.

Operation Broken Glass was started by the United States Department of Justice and The United States Fish and Wildlife Service to put an end to the illegal harvesting and distribution of elvers. The federal investigation has resulted in the arrest of over 15 people, all of whom plead guilty to charges that totaled over $4 million in illegal elver trafficking.

The investigation spanned 12 states from Maine down to South Carolina. One of the individuals arrested was a New York seafood dealer who bought and distributed elvers which were illegally harvested in Virginia. In November of 2016, three man pled guilty to trafficking over $740,000 worth of elvers which were illegally harvested in Charleston, South Carolina.

Over 400 licensed fisherman make a living catching elver in the rivers of Maine. They depend on law enforcement to protect their rapidly changing industry. According to the Maine Department of Marine Resources, elvers were only worth around $25 a pound in the early 90s. By 2012, the value of American eels shot up to over $40 million because of demand from Asian countries.

According to the Associated Press, the federal agencies in charge of Operation Broken Glass say there is no end date set for their investigation. Individuals who are indicted will be charged with federal violation of the Lacey Act, which prohibits illegal wildlife trade and carries a penalty of up to $250,000 and five years in prison.