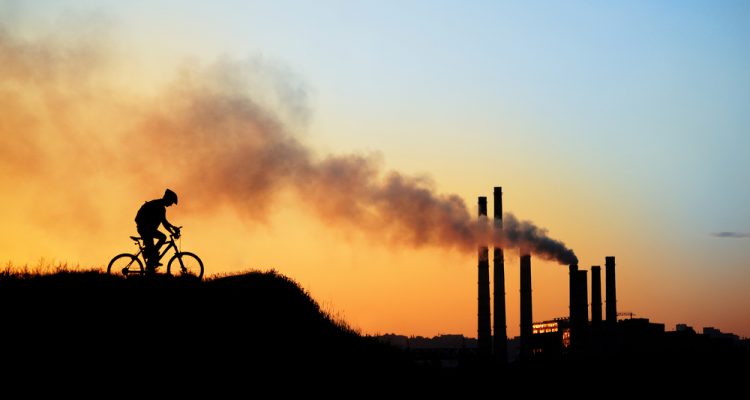 Want to avoid getting a mouthful of air pollution? Faculty at the University of British Columbia have suggested optimal walking and cycling speeds to avoid airborne nasties today.

The scientists suggest that cyclists should ride between 12 and 20 kilometers per hour on city roads, and pedestrians should walk at 2 to 6 km/h. By keeping within these speeds, we can avoid pollution inhalation, while still reaping the health benefits of exercise.

“The faster you move, the harder you breathe and the more pollution you could potentially inhale, but you also are exposed to traffic for a shorter period of time. This analysis shows where the sweet spot is,” said Dr. Alex Bigazzi, a UBC transportation expert in the Department of Civil Engineering and School of Community and Regional Planning.

“If you move at much faster speeds than the MDS – say, cycling around 10 kilometers faster than the optimal range – your inhalation of air pollution is significantly higher,” said Bigazzi. “The good news is, the MDS numbers align pretty closely with how fast most people actually travel.”

You can read these findings over at the International Journal of Sustainable Transportation. Bigazzi also reported on the high amounts of toxic chemicals absorbed by cyclists on busy city streets, which you can read here.