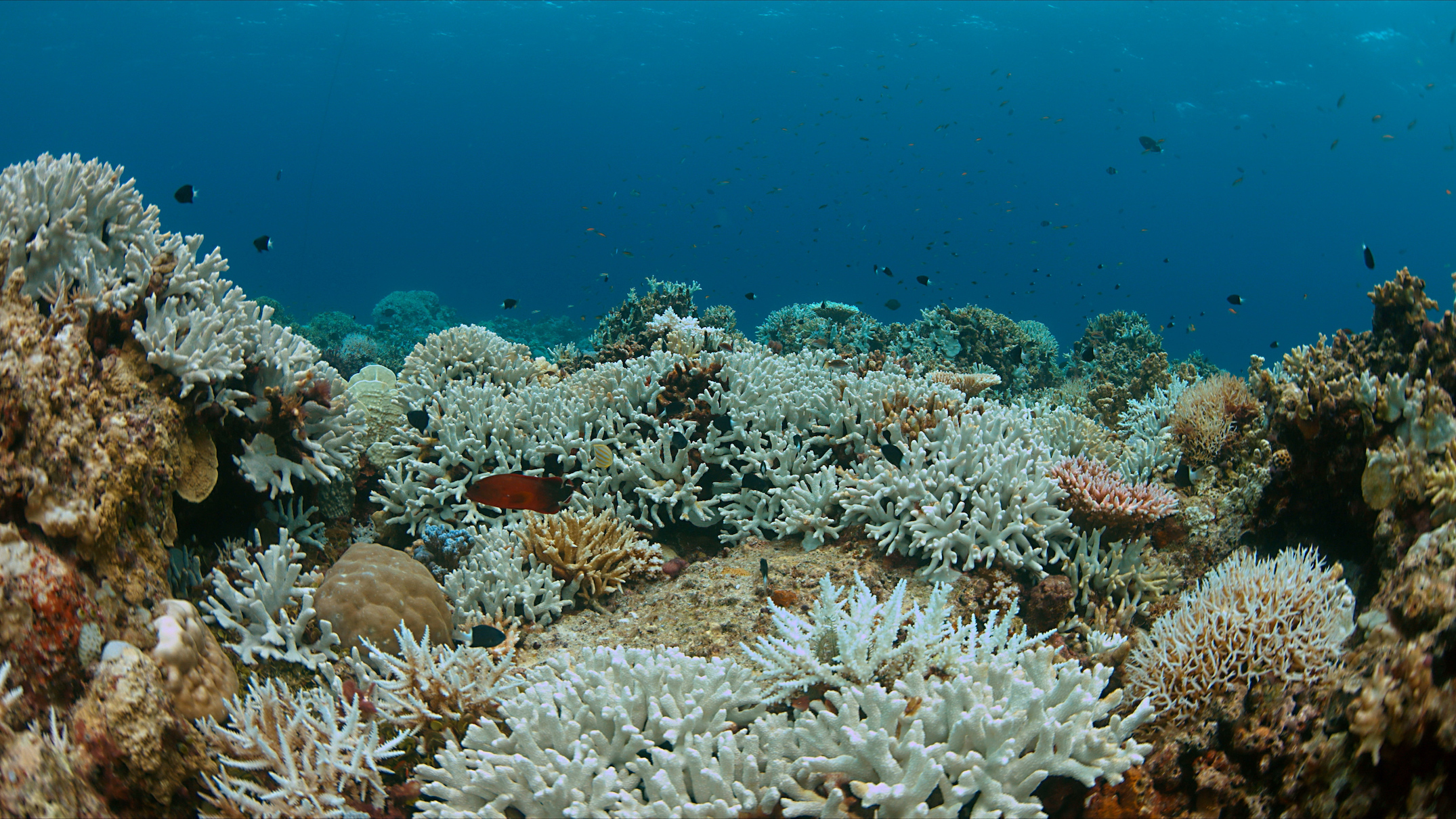 The numbers of large predator fish such as snappers and very small fish such as damselfish had been dramatically reduced. These fish were largely replaced by seaweed-loving fish like rabbitfish.

Some of the coral reefs examined in the study recovered following the bleaching event, but other reefs shifted to fields of seaweed. On the seaweed dominated reefs, the changes in fish communities were most apparent. The fish that feed on seaweed, however, became a dominant part of all the reef communities that were surveyed.

According to the researchers, the same changes have likely occurred on damaged coral reefs around the world.

“The new normal for coral reefs will be reef fish communities which have fewer species and are dominated by herbivores and invertebrate feeding fish,” said Professor Nick Graham. “This will alter the way coral reefs function, and the fishery opportunities for coastal communities adjacent to coral reefs.”

The study, which was led by Lancaster University, tracked reef recovery in the Seychelles for 16 years following the 1998 event. Even though the next major coral-bleaching event was not until 2016, fish populations had still not returned to their pre-bleaching condition.

Previous studies have shown that the amount of time between bleaching periods is declining, and is now typically less than 10 years. In this study, there were 18 years between bleaching events, yet the fish communities were still unable to recover.

“Although the 18-year period between major mass bleaching events allowed corals to recover on some reefs, we found evidence that fish populations were not able to return to their pre-bleaching levels, and they were substantially altered on the reefs that become dominated by seaweeds,” said lead author Dr. James Robinson.

“The Seychelles case study suggests under current levels of ocean warming – where the average frequency of bleaching events is less than 10 years – permanent changes to reef fishes are likely on most coral reefs globally.”