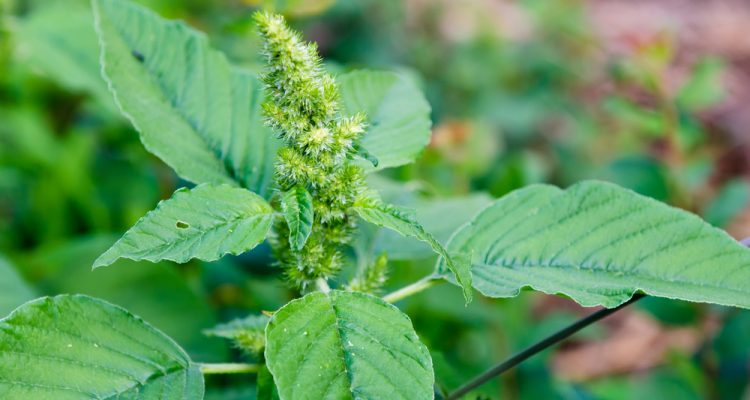 Bad seed sows havoc on conservation land. The reports had been coming in for years. Seed mixes sold by outside companies for use in the U.S. Department of Agriculture’s Pollinator Habitat Initiative and its Conservation Reserve Program contained aggressive weeds.

Turns out, they were right.

The researchers did things the old-fashioned way: they germinated seeds from the suspected packets to see what they got.

The seed mix was promised to be “100 percent weed-free,” according to the team of scientists, led by Dr. Aaron Hager of the University of Illinois, but it contained the three species of amaranth.

The investigators are not naming the company responsible, because they believe other companies may have seeds from the weed in their pollinator mixes.

Palmer’s amaranth is native to the Southern United States, but not to Iowa, Minnesota, or other Midwestern states where it has been found. While it was introduced to some states in the Midwest through agriculture, it has appeared on conservation land in others, and was traced to the tainted pollinator seed mixes.

The weed has been found in dozens of counties across the Midwest, and while many of the appearances can be traced back to agricultural seed, 41 counties reported that the first appearance was on land that was part of the USDA conservation and pollinator programs.

Palmer’s amaranth is incredibly aggressive, even in the Southern states where it’s a native plant. It can grow up to 7 feet, and is a prolific seed producer.

It’s also often herbicide-resistant, making it nearly impossible to get rid of once it’s established in an area.

Cotton farmers have reported that the plant can ruin good farmland in a few short years, and it’s driven some farms out of business, Hager said.

Growers need special training on how to eradicate the stubborn plant, Hager said, but he worried that those enrolled in the USDA programs may not be able to properly fight the invasive species under the program rules.

The USDA, which runs the programs through its Farm Service Agency, do not license or inspect the seed mixes sold by companies for use in the program. They do review the seed tags to make sure each mix is representing itself correctly, and to check for the presence of weeds.

The Palmer’s amaranth may have spread to thousands of acres of land, Hager said.

While he and the other crop scientists support the concept behind the pollinator program and conserving wild land, but the USDA needs to let farmers do whatever necessary to eradicate the invasive plants spread by tainted seed packets.

Any in the USDA conservation program who finds suspected amaranth plants in their pollinator plots should immediately contact their FSA administrator to find out their next steps, agency officials said.