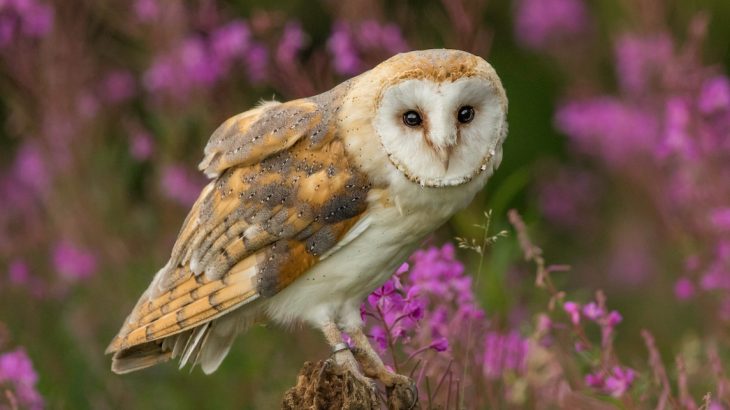 Barn owls are nocturnal navigators of the night sky. Their ability to hunt in the dark based off just the sound of prey alone is certainly a trait that us humans lack. But a new study from a research team at Penn State University has shed light on how barn owls make this behavior possible, and it may end up being a template for electronic directional navigation devices.

“We were already studying this type of circuitry when we stumbled across the Jeffress model of sound localization,” says Saptarshi Das, an assistant professor of engineering science and mechanics at Penn State.

The Jeffress model details how biological hearing systems are able to register and analyze small differences in the arrival time of sound to the ears, and then use this information to locate the sound’s source.

“Owls figure out which direction the sound is coming from to within one to two degrees,” explains Das. “Humans are not that precise. Owls use this ability for hunting especially because they hunt at night and their eyesight isn’t all that good.”

To be able to locate using sound is contingent upon the distance between an organism’s ears. For barn owls, that distance is relatively small, and their brain’s circuitry has adapted to discriminating this small difference. If a sound occurs to the right of an owl, the right ear registers that sound before the left. But because the speed of sound is faster than the owl’s nerves can fire, an owl’s brain slows the electrical pulse created by the sound.

The brain’s circuitry then uses a lattice of nerves of different lengths with inputs from two ends to determine which length is the place where two signals arrive at the same time. This information then provides the owl with the direction of the sound. 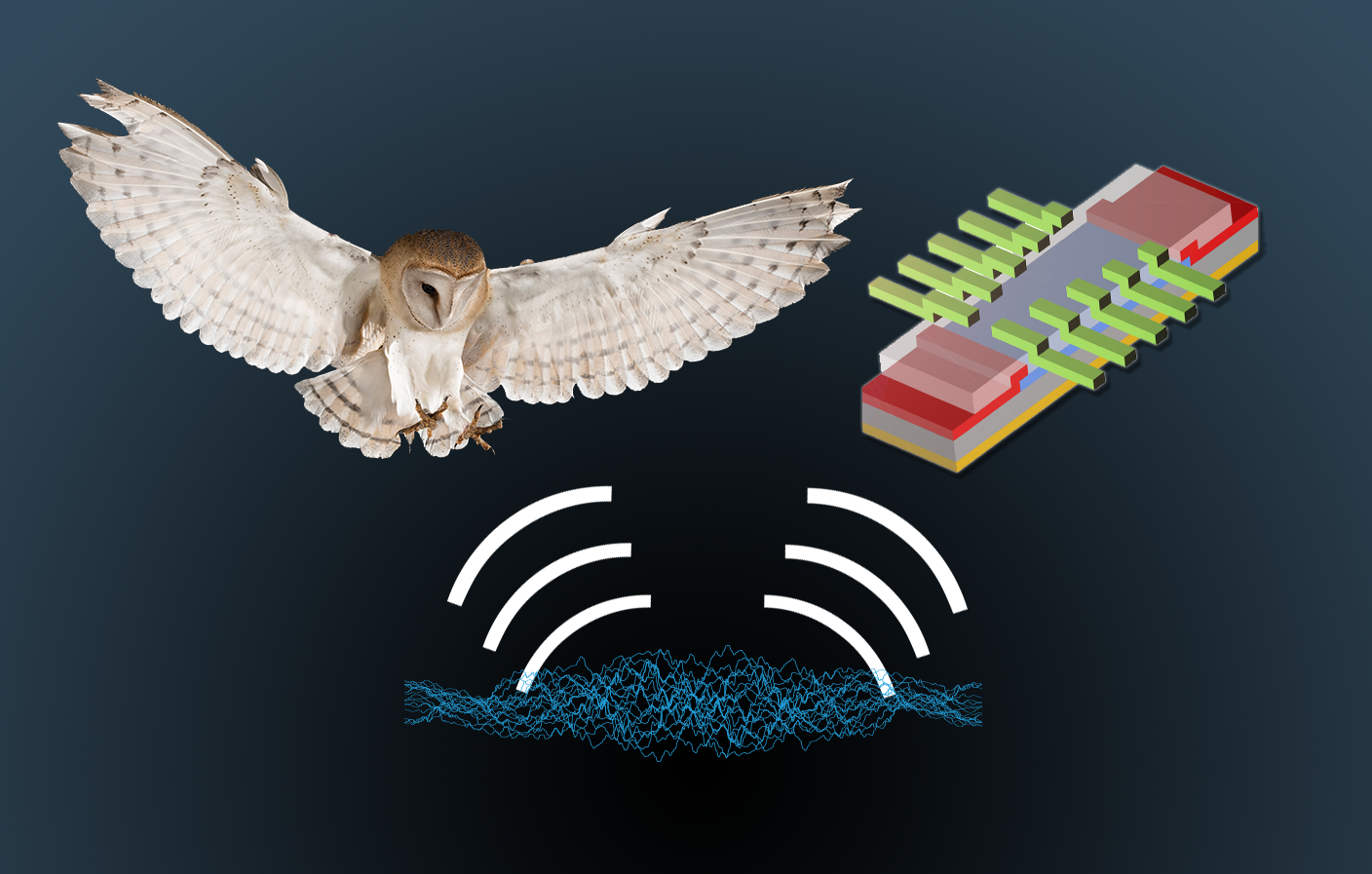 Das and his team have recreated this circuitry of the owl’s brain in electronics through an electronic circuit that can slow down input signals and determine the coincidence point. Furthermore, the precision of this device is higher than that of an owl’s brain by multiple orders of magnitude.

“Millions of years of evolution in the animal kingdom have ensured that only the most efficient materials and structures have survived,” said Sarbashis Das, a graduate student in electrical engineering. “In effect, nature has done most of the work for us. All we have to do now is adapt these neurobiological architectures for our semiconductor devices.”

The team is now looking to other animals and their sensory circuitry for future research. “There are several animals that have excellent sensory processing for sight, hearing and smell,” says Saptarshi Das. “Humans are not the best at these.”