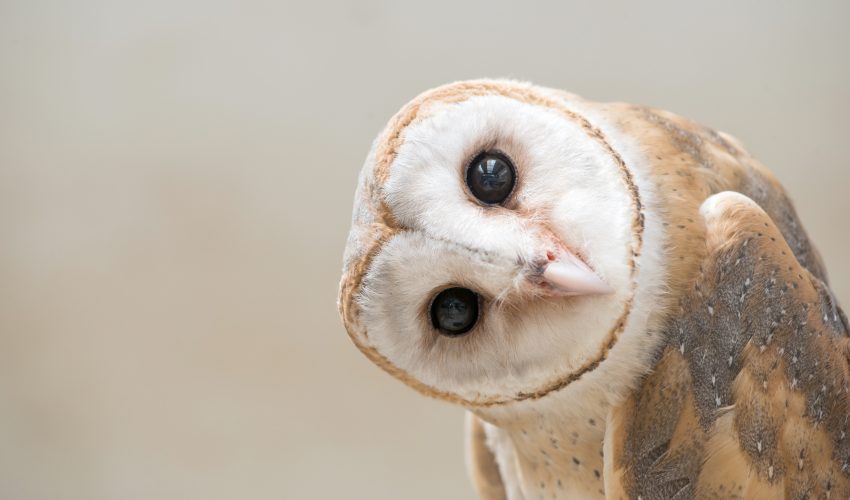 A new study from the Society for Neuroscience suggests that humans and birds process visual details in a much more similar way than what was previously realized.

The ability to distinguish an object from its background is critical for species such as humans that rely heavily on eyesight for their survival.

Humans group different parts of a setting into “perceptual wholes” based on the similarity of their motion. This type of perceptual organization has been primarily studied in primates, which led scientists to wonder if such visual grouping is a key element of most visual systems.

The research team, led by neurophysiology expert Yoram Gutfreund, set out to investigate by analyzing the behavior of barn owls as they tracked dark dots against the gray background of a computer screen.

“In humans, motion homogeneity provides a strong cue for grouping, yet, it is unknown to what extent this occurs in non-primate species,” wrote the researchers. “To explore this question, we studied the effects of visual motion homogeneity in barn owls of both genders, at the behavioral as well as the neural level.”

A wireless “Owl-Cam” monitored the visual search behavior of the owls in one trial, and the neural activity in the main visual processor of non-mammalian vertebrates – the optic tectum – was monitored in another trial.

The experts found evidence of perceptual grouping among the barn owls, which indicates that this ability evolved and was conserved before the development of the human neocortex.

“The novel findings of these visual effects in an avian species, which lacks neocortical structure, suggest that our basic visual perception shares more universal principles across species than presently thought, and shed light on possible brain mechanisms for perceptual grouping,” wrote the study authors.