Bats most likely animal to carry viruses that can infect people • Earth.com 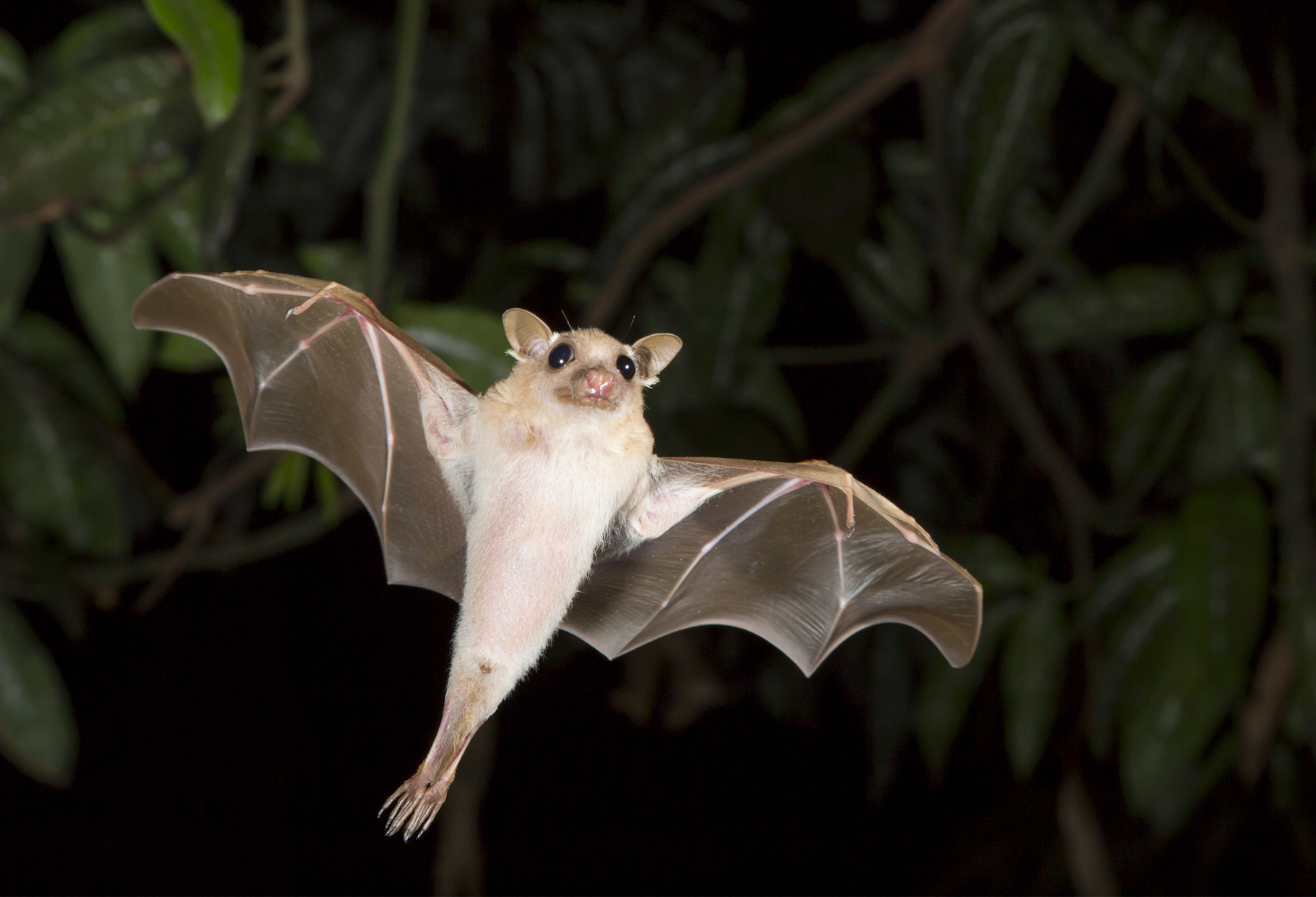 Bats most likely animal to carry viruses that can infect people

Bats carry a significantly higher proportion of viruses able to infect people than any other group of mammals, according to a new study by the nonprofit group EcoHealth Alliance

The study team built a comprehensive database of all known viruses infecting over 750 mammal species and around 600 viruses. It used mathematical models to identify the host species characteristics associated with having a larger number of viruses capable of infecting people (zoonotic viruses).

Zoonotic potential is predicted by a host species evolutionary relatedness to humans, the degree of human-wildlife contact, and other factors including the taxonomic order it belongs to, the study said.

Researchers used this analysis to demonstrate for the first time that, after correcting for uneven research effort and other variables, bats harbor the highest proportion of zoonotic viruses of any mammal group.

“In 2005, our team showed that SARS originates in bats,” said Peter Daszak, President of  EcoHealth Alliance and senior author of the study. “Ever since that finding, scientists have wondered whether bats are ‘special’ reservoirs for viruses.  We now show definitively that bats carry a higher proportion of yet-to-be-identified viruses of potential risk to people than any other mammal group.”

While the data show bats carry potentially important viruses, it’s important to remember that the only way these viruses can emerge in people is if we make contact with bats, alter their environment, hunt them or otherwise disturb their ecology, the authors said.  Effective bat conservation can help reduce the risk of zoonotic disease through better understanding and effective management of human-bat interactions.

The study uses the analyses to produce detailed maps showing where we are most likely to find as-yet-undiscovered viruses that could emerge in people, or “‘missing zoonoses.” For example, hot spots of ‘missing zoonoses’ for bats are in South and Central America and parts of Asia, for primates in tropical Central America, Africa, and southeast Asia.

“The holy grail in pandemic prevention is to understand where the next zoonotic virus is likely to emerge and from what species,” said Kevin Olival, lead author of the study.