How bats use echolocation to hunt prey • Earth.com 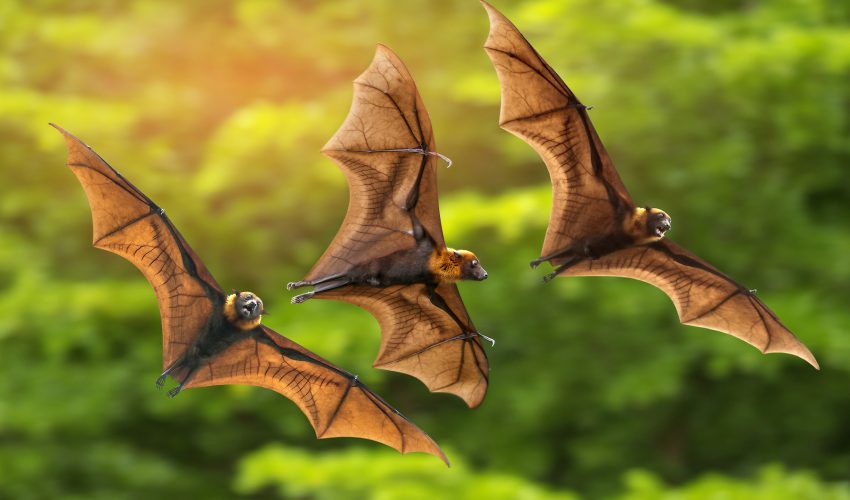 How bats use echolocation to hunt prey

How do bats navigate dark or dimly lit environments at such fast speeds? They use echolocation, or biosonar, to adapt to the environment around them and create a map of their surroundings. Bats emit high-frequency sounds, or calls, as they fly and listen for the echoes to come to back to them.

Echolocation is also how bats can hunt and search for prey. The bat’s midbrain is where sensory and motor information is processed and is an essential part of tracking and echolocation.

The superior colliculus is a layered structure in the midbrain that takes sensory information and transforms it into motor commands.

This process is called sensorimotor integration, and has been previously studied in animals who rely on their vision to hunt, adapt to their surroundings, and explore their environment.

A new study conducted by researchers from Johns Hopkins University explored sensorimotor integration, but focused on audio input rather than visual to understand how the superior colliculus is influenced by a wide range of natural animal behaviors.

For the study, the researchers recorded the superior colliculus activity from four big brown bats that were tracking prey (worms) around a dimly lit room.

The research team then analyzed changes in the bats’ neural activity in comparison to different  vocalizations.

There were both sensory and motor neurons present in the layers of the superior colliculus.

The activity in the superior colliculus also changed as the bats closed in on the prey and possibly supports the localization of a target at close distances.

“Our work investigated mechanisms of dynamic sensorimotor feedback control by analyzing patterns of neural activity in the midbrain superior colliculus (SC) of an echolocating bat tracking and intercepting moving prey,” wrote the researchers. “We discovered that neural activity in the bat SC changes with dynamic adaptations in the animal’s echolocation behavior.”