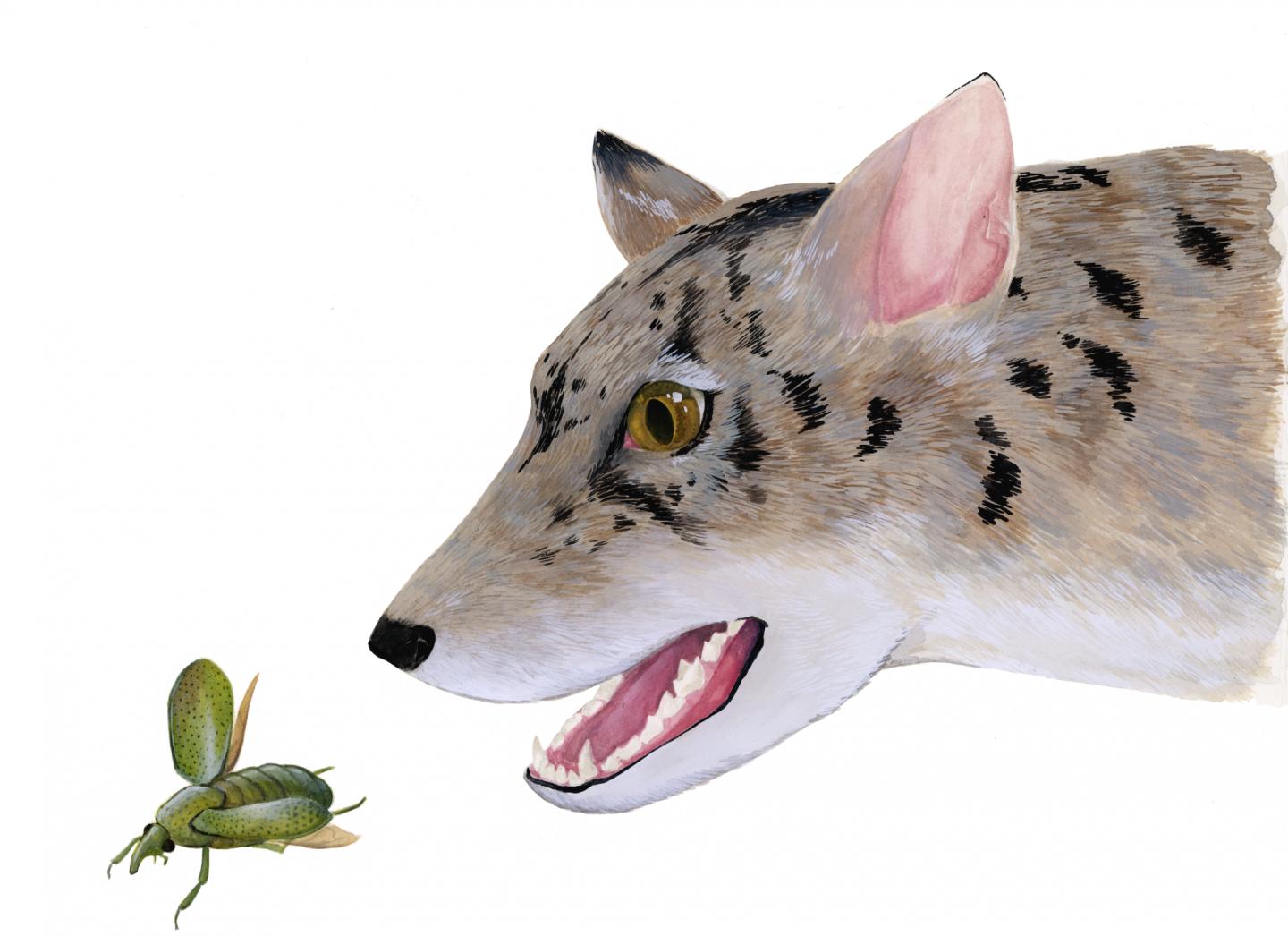 Inside the archival depths of The Field Museum, primitive members of a ‘beardog’ family have been laying in wait. Until now. Their recent resurrection made headlines in the Royal Society Open Science publication and has paleontologists excited and on the run. With no living family members, rounding up a new family for the pack of grizzly canine carnivores, discovered and described decades ago, turned out to be a happy accident for The Field’s post-doctoral scholar, Susumu Tomiya.

“We’ve known about these curious little critters for 30 years, but couldn’t tell exactly what kind of carnivores they were,” explains lead author Susumu Tomiya, a postdoctoral scholar at The Field Museum. Tomiya recently re-identified the 38-million-year-old descendants of the Chihuahua sized ‘amphicyonids’ in the Museum’s collections. Subtle dental feature differences in the jaw bones of these former what-is-now-known-as-Texas-natives, gave Tomiya reason to track down their real family branch. And make yet another discovery.

Sometime after the dawn of ‘beardog,’evolution, early stages of the dog branch diversified. Tomiya and co-author, Jack Tseng of the University of Buffalo, digitized a reconstruction of a largely intact skull of what was originally named ‘Miacis australis.’ Flat surfaces on some of these beardogs teeth indicated it wasn’t just a meat eater. Like its namesake, this beardog most likely also ate berries and insects which led Tomiya and Tseng down a new path of nomenclature. Finding a new family name for this branch of beardogs turned into a 3-D experience for the team.

A CT scan revealed useful characteristics for reconstructing carnivore species relationships. New light shed by the results inspired Tomiya and Tseng to believe that the southern region of North America may have played a more vital role in mammalian history than was previously thought.

“Studying how the diversity of beardogs waxed and waned over time could tell us about larger patterns in carnivore evolution,” noted Tomiya. Beardogs ranged in size from larger than modern day lions to bite-sized carnivores. The larger the beardog the more space it took up, the more food it needed to survive and produced fewer offspring. Smaller beardogs had to deal with ‘size matters’ when it came to finding food and keeping it. Larger animals face extinction sooner which means smaller might be better when it comes to living large and evolving.

Big changes to landscape, forests and climate meant big changes in carnivore evolution to adapt, survive and evolve. Beardog evolution gives us a broader view of how climate effects evolution and what kinds of animals thrived in a changing environmental context. Current relatives and cousins evolving from the beardog branch include dogs, wolves, fox, bear, sea lion, and weasel.

The importance of museum collections and studies like Tomiya’s reminds us how much history is embedded in their fossilized dens. As he notes ‘all biodiversity research is contingent on good understanding of what species lived where and when in the past, and how they are related to one another. Museum collections are vital to building and continually refining such fundamental data sets.”

Susumu Tomiya is a postdoctoral scholar at The Field Museum in Chicago; he did his graduate work at the University of California Museum of Paleontology at Berkeley. Jack Tseng is an assistant professor at the University at Buffalo and was previously at the American Museum of Natural History.