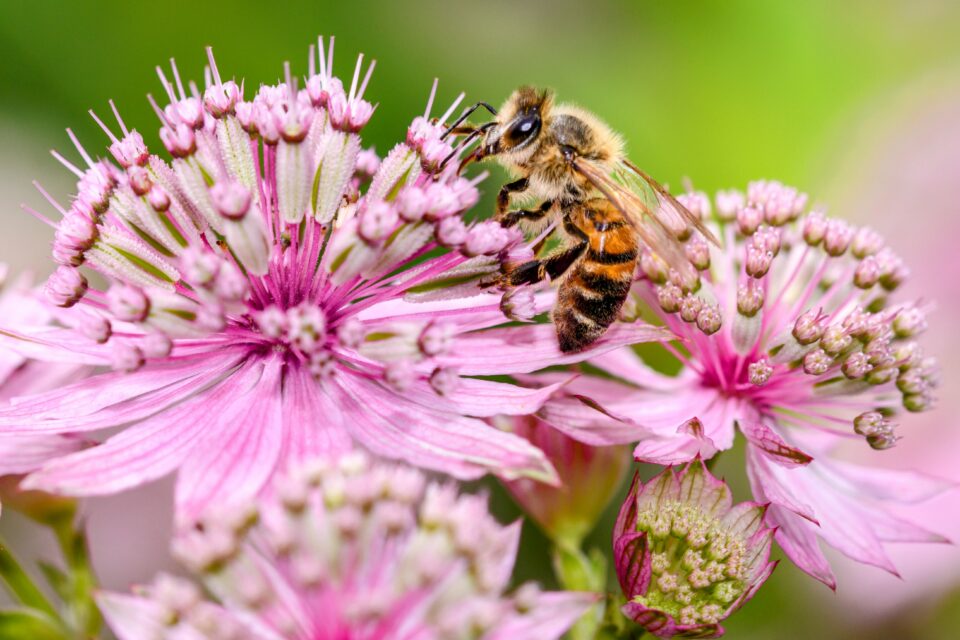 Bee diversity is critical to ecosystems

Due to a variety of factors, including habitat loss and the use of pesticides, many bees are currently endangered, together with the plants that depend on them for pollination. Now, a research team led by Rutgers University has found that simply saving a greater number of bees may not be enough to solve these problems. According to the experts, the biodiversity of bee populations is most critical to maintaining the ecosystem function of crop pollination.

“We found that biodiversity plays a key role in the stability of ecosystems over time,” said study lead author Natalie Lemanski, a postdoctoral fellow in Ecology, Evolution, and Natural Resources at Rutgers. “You do actually need more bee species in order to get stable pollination services over a growing season and over years.”

“This research shows that abundance [of a species] matters, but bee diversity matters even more,” said Michelle Elekonich, the deputy division director of the National Science Foundation’s Directorate for Biological Sciences, which funded this research. “It’s not the same bees that are abundant at a given point in time, and variety is necessary to provide balance during a growing season – and from year to year.”

These findings offer evidence for what ecologists refer to as the “insurance hypothesis,” which argues that ecosystems benefit the most when nature “diversifies the portfolio,” supporting multiple animal or plant species rather than relying on one dominant species.

“The magnitude of increase in species needed over multiple years was remarkably consistent among crop systems when considered over the same interval of time. In addition, the fact that the relationship between timescale and the number of species needed did not level off suggests that even longer time series, spanning multiple seasons, may further bolster the need for biodiversity to ensure reliable ecosystem service,” she concluded.