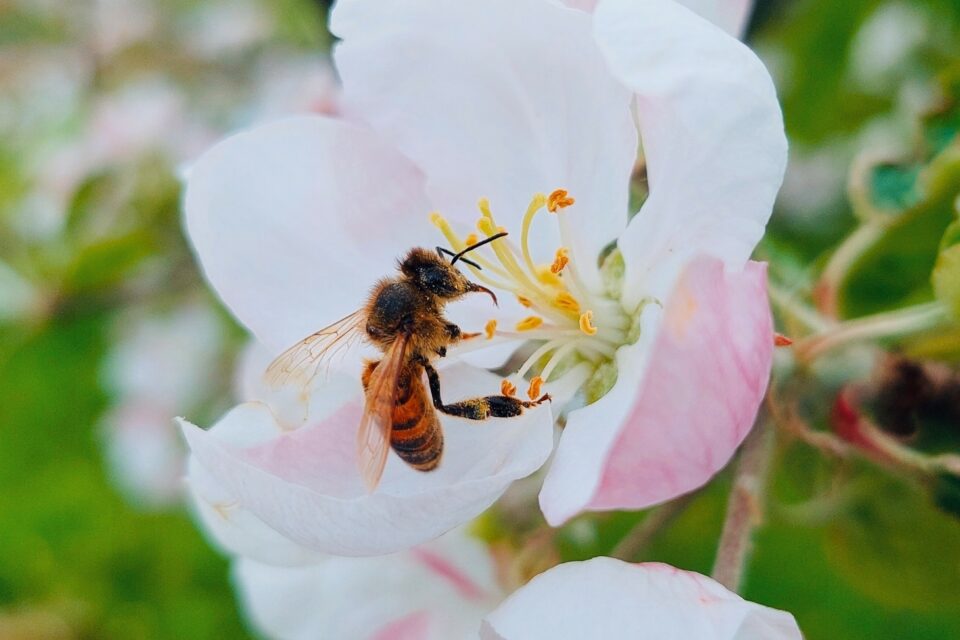 It’s a commonly held belief that species diversity benefits an entire community, and researchers at Rutgers University have completed a study that supports this idea. The research, published in  Nature Ecology & Evolution, shows that bee diversity is essential to ensuring crop pollination and human food supply.

“This research shows that abundance (of a species) matters, but bee diversity matters even more,” said Michelle Elekonich, the deputy division director of the National Science Foundation’s Directorate for Biological Sciences. “It’s not the same bees that are abundant at a given point in time, and variety is necessary to provide balance during a growing season – and from year to year.”

“We found that two to three times as many bee species were needed to meet a target level of crop pollination over the course of a growing season compared to a single date,” explained Natalie Lemanski, lead author of the study. “Similarly, twice as many species were needed to provide pollination over the course of six years compared to a single year.”

The researchers observed bees and pollen quantity over several years to gather data for the study. They collected data from six blueberry farms in southern New Jersey, 25 watermelon farms in central New Jersey and eastern Pennsylvania, and 36 watermelon farms in the Northern Central Valley of California.

The experts note that these results indicate that species diversity is crucial for crop success, and the more bee diversity we support, the better our crops will do.

“The magnitude of increase in species needed over multiple years was remarkably consistent among crop systems when considered over the same interval of time,” Lemanski concluded. “In addition, the fact that the relationship between timescale and the number of species needed did not level off suggests that even longer time series, spanning multiple seasons, may further bolster the need for biodiversity to ensure reliable ecosystem service.”